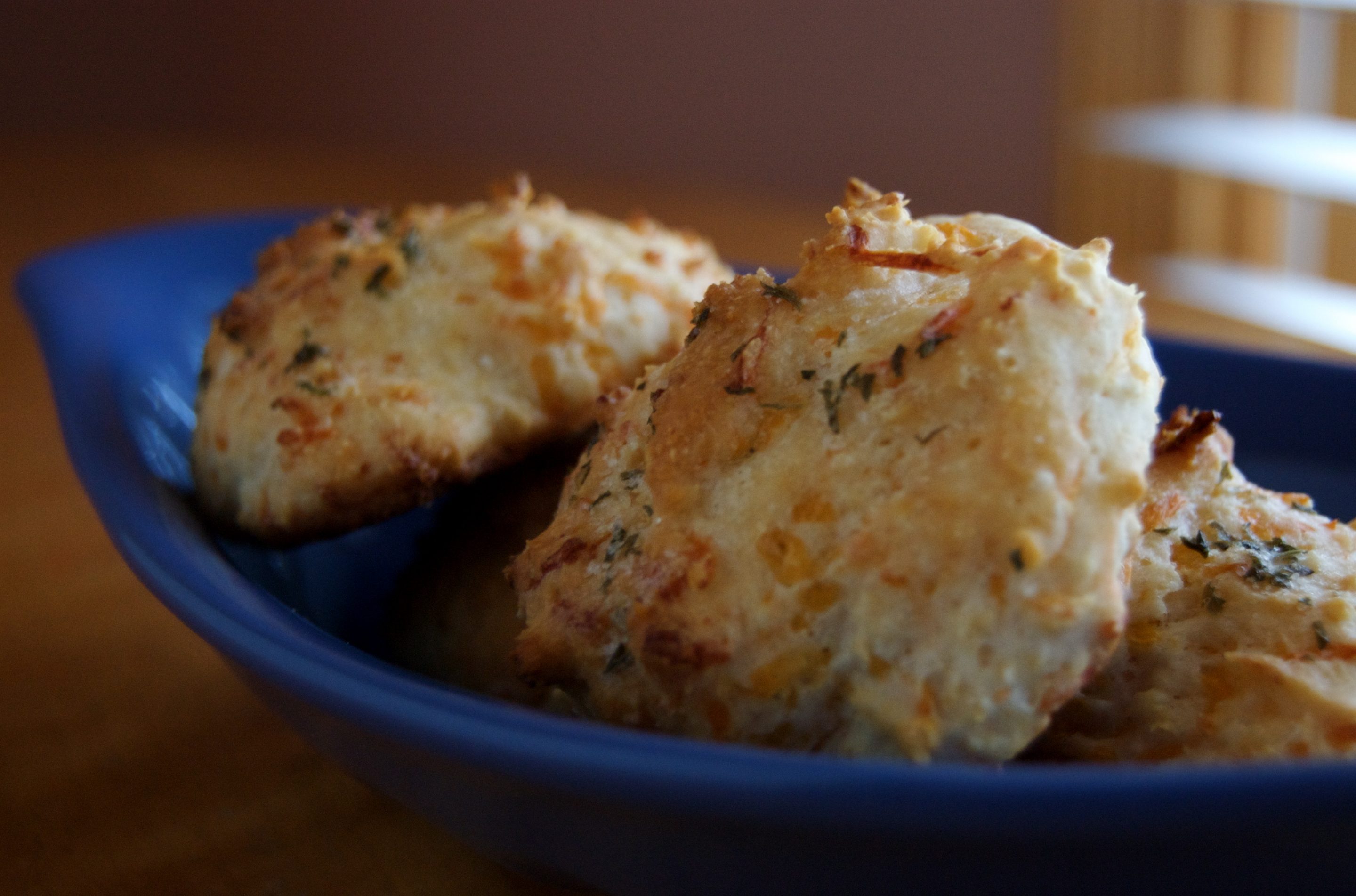 Growing up, if my parents were to go to Red Lobster, it was a treat.  As a child, though, I would say “yuck!” because I couldn’t even stand the smell of seafood.  To this day, I’m still not the biggest fan of seafood, but I’m finding that it’s because I grew up in an area (Michigan) where seafood is not fresh and at it’s best.  I know this, because I married a seafood loving man from the east coast who knows everything. 😉

Well, this seafood loving man of mine does not like Red Lobster.  I’d say he’s a food snob, but really, he’s not.  He just doesn’t like Red Lobster, which is fine with me, because I still don’t prefer to eat seafood.

However…  about a year ago I finally went to Red Lobster for lunch with some co-workers and they introduced me to the Cheddar Bay Biscuits.  Holy cow!  I could’ve eaten just those as my entire meal.  They were incredibly tasty.

Well, I knew it would be my first and my last experience of enjoying those biscuits, unless I was able to sneak out to Red Lobster with my coworkers again.  But, wait!  Why can’t I just make them myself?  What a great idea!  So, I searched the internet and found a fabulous copycat recipe, called Cheesy Garlic Biscuits.

The biscuits are so ridiculously close to the Cheddar Bay Biscuits at Red Lobster.   This recipe I found called for Oregano, but I’m pretty sure Red Lobster uses parsley flakes instead, so I substituted parsley and it worked out perfectly!

I didn’t count, but I think it makes around 15 biscuits.

We’re the Gladd family!
Gather around as we experience joy and community at the table! END_OF_DOCUMENT_TOKEN_TO_BE_REPLACED