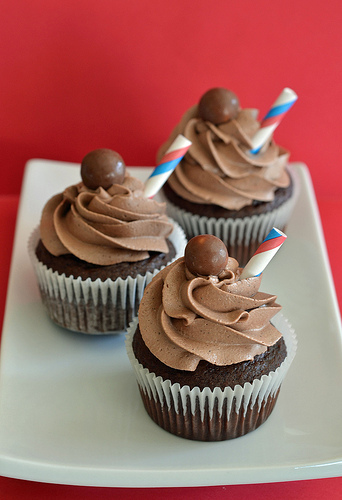 The Friday before Valentine’s Day our church held a couples’ event with 50’s flair, called Dinner at the Diner.  Everyone showed up in their 50’s outfits, some which were quite amazing.  Friends shared their candy cigarettes with us and there were bubble gum blowing games along with who could hula hoop the longest.  To bring out the music of the decade, a jukebox played hoppin’ oldies music all night long.

There was even a photo booth… 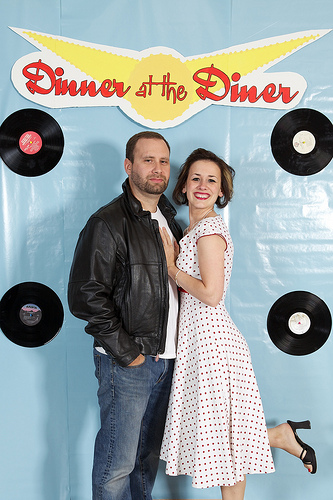 Although the meal was catered by a local deli, Ben was in charge of planning this event, so I really wanted to serve up something of my own.  My contribution to the dinner were these chocolate malts in cupcake form!  Who doesn’t think of chocolate malts when eating at a diner?  But, it was impossible for us to keep that many malts from melting so, naturally, cupcakes were the solution.

The cake part of these were amazing, but the frosting really stole the show.  I honestly could not keep my hands (tongue) off it!  (No worries, I kept things sanitary people!)   🙂  It was chocolaty, malty, fluffy and just a dream to pipe.  Ben even declared it the best frosting ever.

These cupcakes were a hit and really dressed up the dessert table with their festive paper straws.  I would love to have a reason to make these again — and soon! 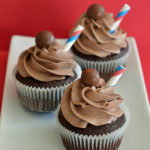 To make the cupcakes:

To prepare the frosting:

We’re the Gladd family!
Gather around as we experience joy and community at the table! END_OF_DOCUMENT_TOKEN_TO_BE_REPLACED