Weeknight cooking got a whole lot easier. There are many evenings where by the time Ben arrives home from work, I am exhausted and not exactly in the mood to cook anything complex. But, this doesn’t mean I don’t want to eat something complex. What to do? This is when I turn to the Kraft Recipe Makers. 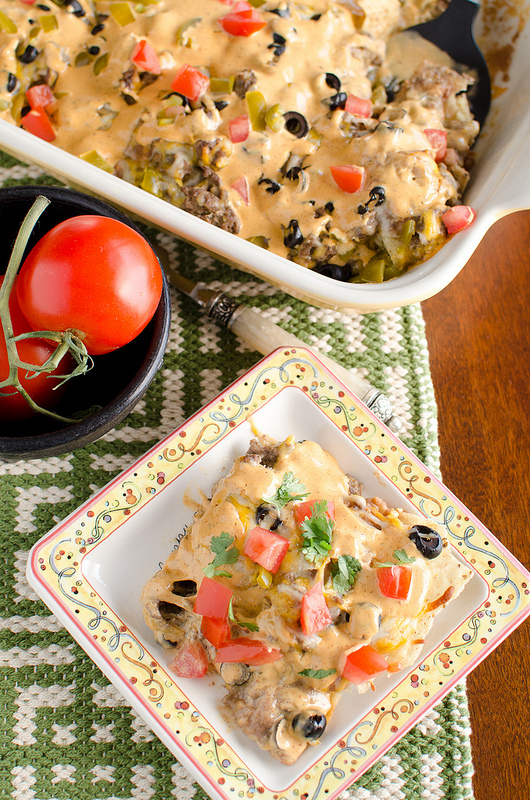 You have read about my experiences with Kraft Recipe Makers twice now. Are you convinced yet? The other night, I used the Verde Chicken Enchilada Recipe Maker to whip up a Verde Nacho Casserole. This was one of the three recipes offered on the box. It was fantastic!

Unlike some other boxed recipe helpers, Kraft Recipe Makers leaves room for you to add your own fresh ingredients, while supplying the layers of flavor through their included sauces. 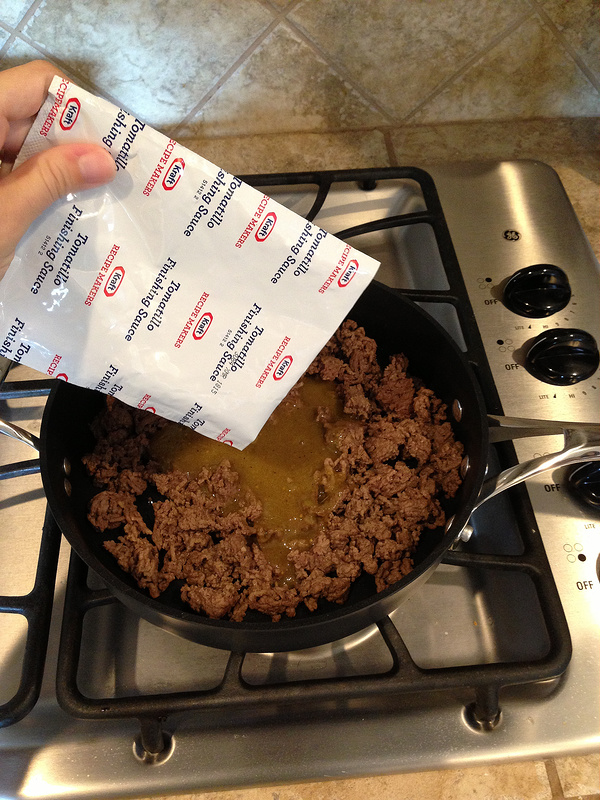 For the Verde Nacho Casserole, I cooked ground beef in a skillet then added the Finishing Sauce supplied in the Recipe Makers box. I then layered tortilla chips, the meat, refried beans, shredded cheese and black olives into a casserole dish. 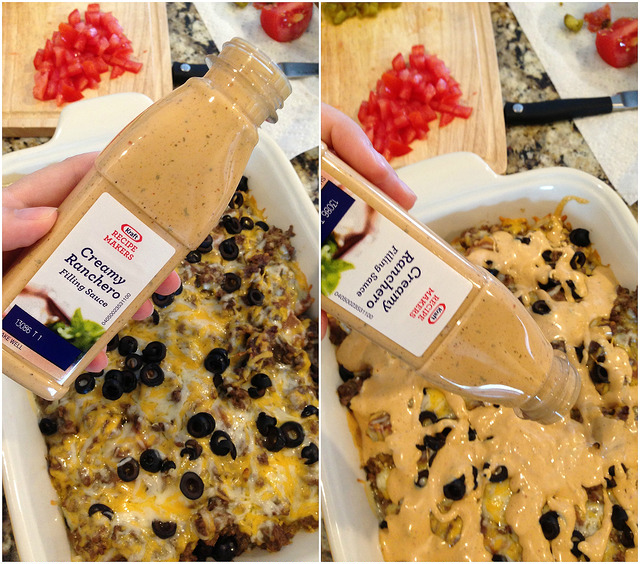 After baking in a preheated oven for just 15 minutes, our dinner was ready after quickly topping with the finishing sauce, chopped jalapeños and fresh tomatoes. Just 15 minutes, people!

Okay, so the total time it took to make this was about 20-25 minutes when you include browning the meat and chopping the vegetables. But, um, can you really beat that??

This dinner was complete just as a casserole because everything we needed or wanted was included. The chips, the meat, the veggies, the sauce. All there. Layers of flavor stacked into my one casserole dish, and all I had to clean was that one dish along with the one skillet. Easy peasy, no fuss, no mess. 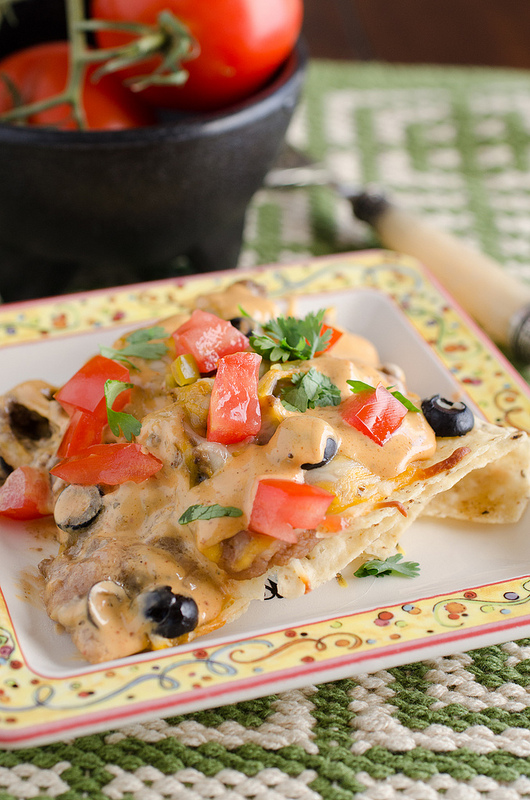 The two sauces that I used from the Verde Chicken Enchilada Recipe Maker box were Creamy Ranchero Filling Sauce and Tomatillo Finishing Sauce. These are two very versatile sauces that allow you to venture out from the suggested recipes and use in your own homemade dish. Such is the case with the entire line of 9 different Recipe Makers products. They are intended to be versatile enough so you can either follow the recipes included on the box, or use them to help eliminate the complex cooking steps when adding layers of flavor to your own recipes.

We’re the Gladd family!
Gather around as we experience joy and community at the table! END_OF_DOCUMENT_TOKEN_TO_BE_REPLACED