Click here for an updated version of this recipe.

We attended a Derek Webb concert last night at Wheaton College with two other couples. They came over to our house for dinner and dessert before the concert. It was my chance to serve a pasta dish and use my pasta bowls that I love! I bought them at the Crate and Barrel outlet a few years ago and only get them out probably 4 times a year! 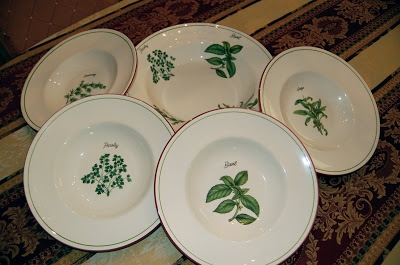 The best recipe for these bowls is a dish I discovered at Maggiano’s and then found the recipe for it on the Internet. It’s called Rigatoni d’Gregorio, or “Rigatoni D” for short. It’s a type of Chicken Marsala to put it in simple terms. Probably my favorite dish at the restaurant. It’s perfect for the pasta bowls because it has a pretty runny white sauce.

For the sides I put together some grape tomatoes and mozzarella balls drizzled with Balsamic Vinegar and some store bought Italian bread. I love Meijer Italian bread from their bakery. I also served Spinach and Artichoke dip for an appetizer, which I’ll post the recipe for at a later date when I remember to get a picture (I’m nerdy like that).

The concert was fun and relaxing. Later, we came home with one of the couples, Jen and Scott, and watch a few recorded episodes of The Office until midnight. Then off we went to Game Stop to pick up Guitar Hero III at their midnight release. (Ben’s birthday present) 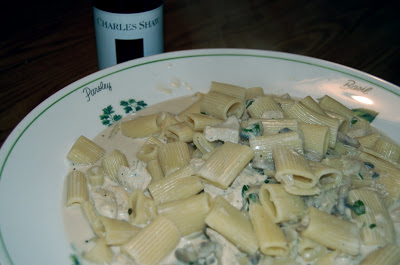 We’re the Gladd family!
Gather around as we experience joy and community at the table! END_OF_DOCUMENT_TOKEN_TO_BE_REPLACED