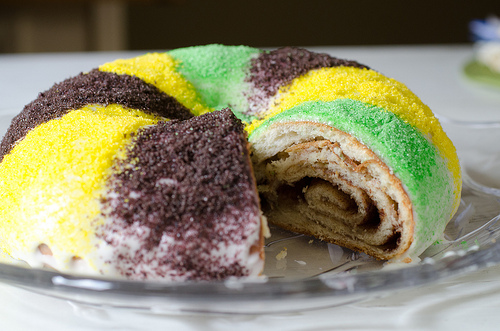 It’s here again!  Fat Tuesday…or Mardi Gras…the day that you can shove your mouths full of donuts, cake, beer, and whatever else fancies your pants because, well, tomorrow you’re going to give it all up for 40 days, right? RIGHT!?  Even if you don’t observe the Lenten season, you are probably still familiar with today’s events, especially when speaking of The Big Easy, or N’awlins (aka New Orleans, LA).

I typically do not participate in the festivities surrounding Mardi Gras, but this weekend we had the opportunity to drive 3 hours due south, to the gulf coast where my cousin lives, and attend a family-friendly Mardi Gras parade.  I didn’t know what to expect, but when we arrived at my cousin’s house, he and his wife had Mardi Gras t-shirts for me, Ben and Judah to wear to the parade!  So, we scarfed down some pizza, threw on our shirts, and headed to town. 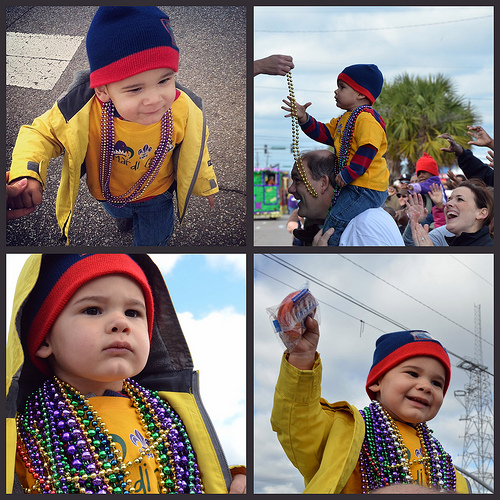 The event was so much fun!  I couldn’t believe all of the bead necklaces that were thrown from the floats, along with some other “goodies” such as moon pies, stuffed animals and even beer!  Judah sat on cousin Tim’s shoulders the entire time and quickly learned his way of charming the parade attendants into tossing him some more necklaces.  He was decked out in beads by the end of the parade, so much so that I had to worry if his neck was hurting!  But, boy, did he enjoy it! 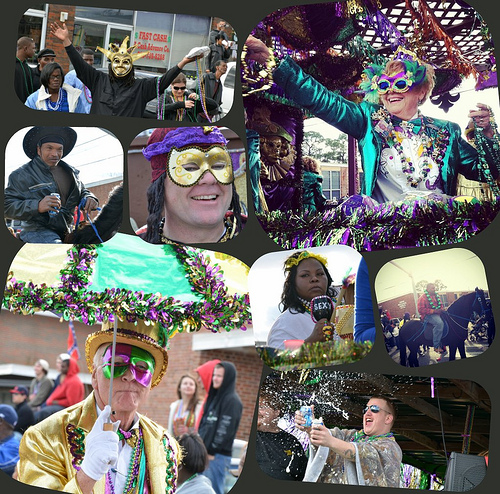 Ben and I were able to capture some fun photos of different characters in the parade.  We were both surprised to see men adorned in beads, galloping on their horses while chugging their Coors Light when the floats were done.  It was quite hysterical.  Overall, the whole parade was a fun cultural experience for us, and we can’t wait to attend again next year! 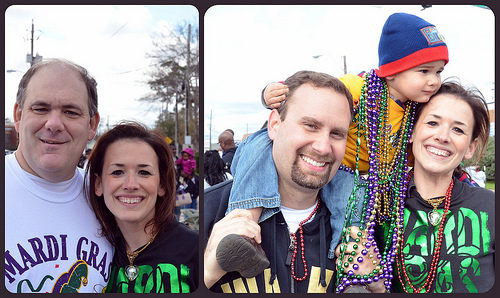 And, next year, I’m going to make this cake again!  King Cake is one of the age-old recipes associated with the Carnival season.  Traditionally, a plastic baby or small bean is hidden inside the cake where the person who ends up with the piece with the trinket either is favored with good luck or must provide the next king cake (whichever the party decides).  You can read more about the history of Mardi Gras and King Cake here. 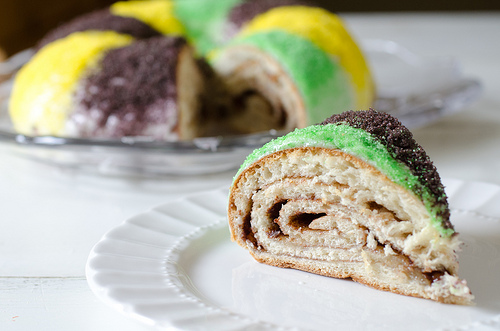 I made this to bring with us to my cousin’s house where we ate it after the parade.  Since the parade was rescheduled from Saturday to Sunday, we ate it when it was two days old, but a quick warm up in the microwave was all it needed.  I managed to have a piece the day I made it, though (you know, because I’m a food blogger and need to take photos while snatching a quick taste.)  😉 And, I must say, it is definitely best the day it’s made.  In fact, it’s pretty amazing.  Extremely soft on the inside with a succulent cinnamon swirl. 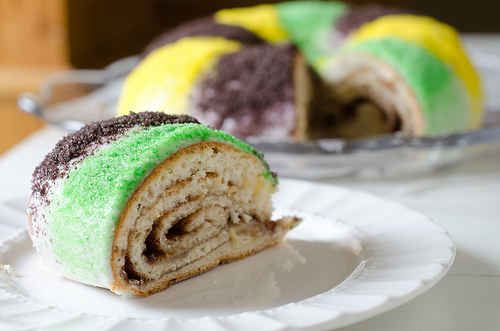 Even though this cake is supposed to be for the Carnival season, it was so good that I am tempted to make it any time of the year and vary up the icing colors to match any party.  Definitely a great alternative to your typical birthday cake.  And, guess what?  The recipe looks long, but it’s actually very easy!

UPDATE:  I’ve made this King Cake recipe now for 7 years and still love it! 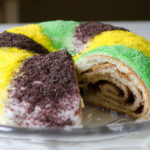 For the colored sugars:

To make the dough:

For the colored sugars:

Serving: 1g
Tried this recipe?Take a pic and tag @seededtable or #SeededAtTheTable to be featured!

We’re the Gladd family!
Gather around as we experience joy and community at the table! END_OF_DOCUMENT_TOKEN_TO_BE_REPLACED