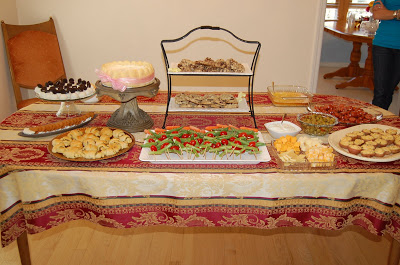 Two Saturdays ago I hosted a introduction party for my friend, Jamie's, new business called Memories Illustrated. I have posted about her business before and how much I love her work. She creates handmade notecards, recipe cards, business cards, and comic illustrations of memorable events. Anyone can custom order pretty much anything for these products, too! Right now she is in her developing stages, so it's been fun bouncing ideas off one another. I'm impressed with the ideas she has come up with already! 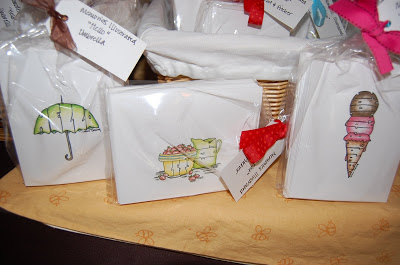 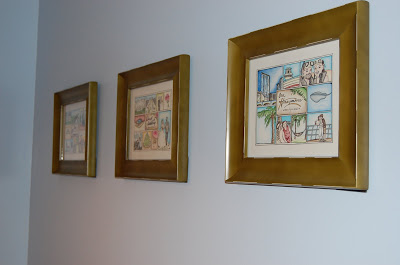 You've seen a picture of the comic illustration she did for my wedding. I ended up ordering a complete set from her with my engagement and honeymoon too! They are hanging in my kitchen in really cute green frames I picked up for half off at Hobby Lobby. (Here in Chi-cahh-go they call it Hahhh-bee Lahhh-bee. lol) 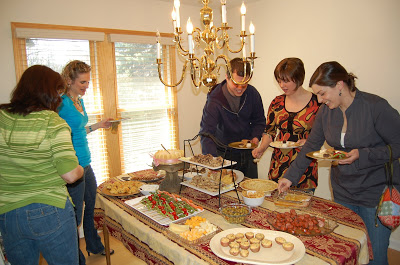 The party was open house style from 2 pm-5 pm. Most of the crowd arrived right at 2 pm. More people came than we expected, which was really nice. We had a great time seeing (and meeting) everyone, and Jamie had quite a few custom order requests! 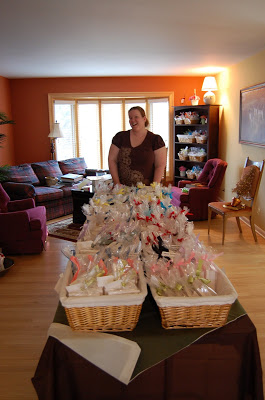 We have a lot of room in our house...so Jamie was able to bring over an 8 foot table to set up her baskets full of bundled notecards to sell. We also cleared one of my bookshelves so she could place the rest of the baskets on there for display.

The food was so much fun to make for this party. We stuck with appetizer type recipes and both Jamie and I contributed. 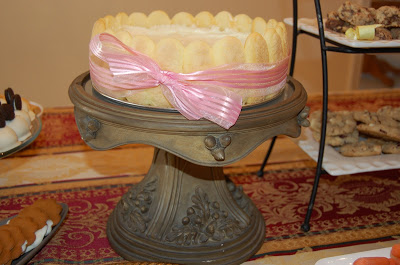 Jamie made a white chocolate charlotte rousse, which is like a pudding dessert lined with ladyfingers. It's decorated with a bow and set on a beautiful cake stand from Southern Living. 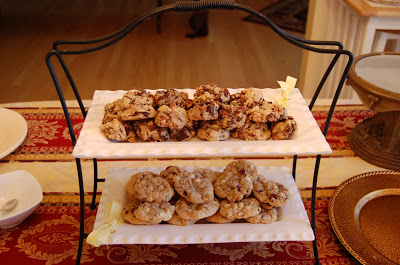 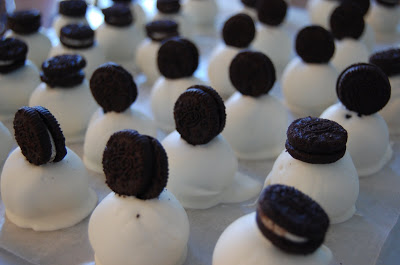 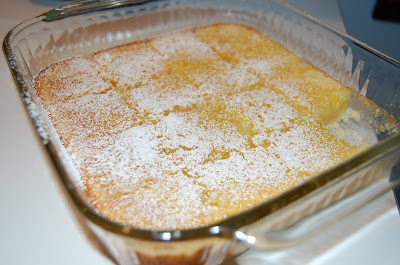 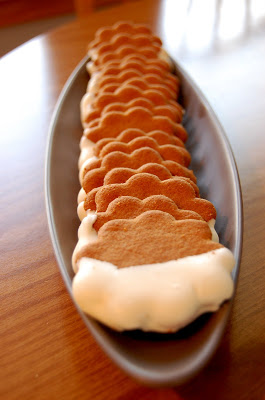 I was also in love with Jamie's artichoke dip...YUM! Unfortunately, I didn't capture a photo of the dish. 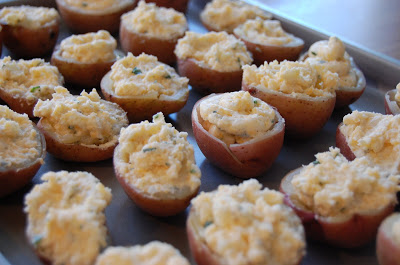 One of the dishes I served was a recipe I found from a favorite blog of mine, Good Things Catered. The recipe is Mini Twice Baked Potatoes and were a big hit, especially with Ben. I loved how cute these were! I tried piping the mashed potato mixture with a ziplock bag, but somehow my ziplock bag came unzipped (maybe I never had it zipped in the first place) and the potatoes spilled all over my shells! Luckily, I was able to clean it up pretty well and then just scooped the rest of the potatoes instead of piping. 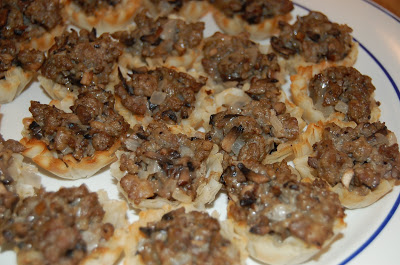 Jamie made these wonderful mushroom tarts, and believe it or not, her husband made fried mushrooms! I think the fried mushrooms were the favorite of the party. He brought over this fryer and made them fresh on our patio. 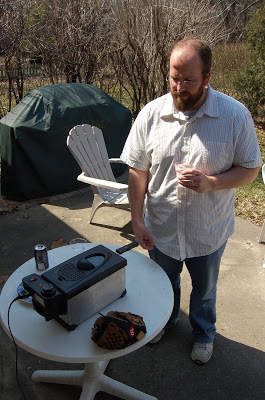 Ben didn't make anything, but he really contributed with cleaning and prepping. Let's just say cooking is not his cup of tea. 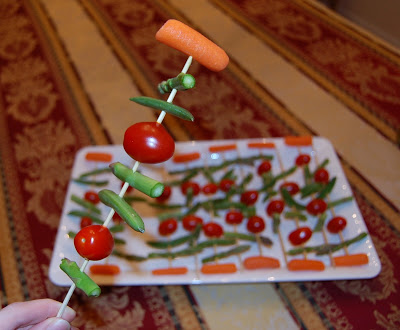 The veggie skewers were a great idea, but not as many guests ate them as I thought would. Maybe I just made too many. We'll be eating veggies for days now. 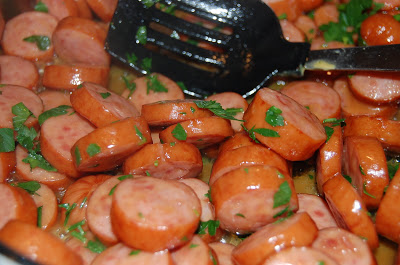 Once again, I made the kielbasa appetizer from Emily's Joy of Cooking blog that we made for the Super Bowl party. 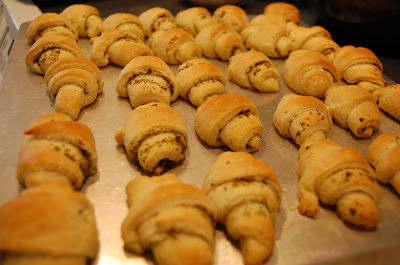 Lastly, I made a very cheap and easy appetizer called Pesto Crescent Rolls. I found this in my Better Homes and Garden cookbook as a side note. Basically, buy the refrigerated crescent rolls, cut each triangle in half then spread them with a basil pesto. Roll up as a crescent roll and bake for 12-15 minutes. And that's it! They're tasty and easy!

Some of the recipes you can link to above, but I'll have to post the other recipes later. Make sure to check back and I'll have the rest of the links up later for the recipes. I'm in Nashville until tonight so they might not be posted until later this week.