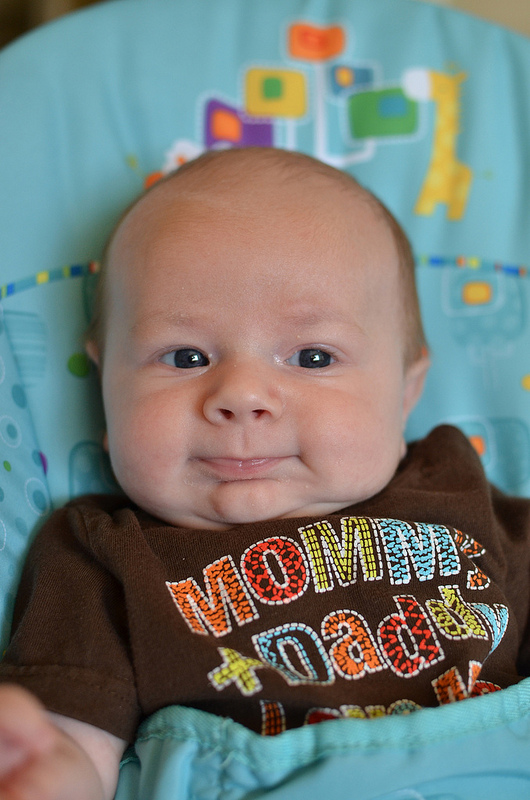 Simon really turned one month old on the 17th, which means I'm a little late with this update.  I'm not sure if I'll do updates every month, but it is kind of fun to share with you and keep this little journal of his growth. 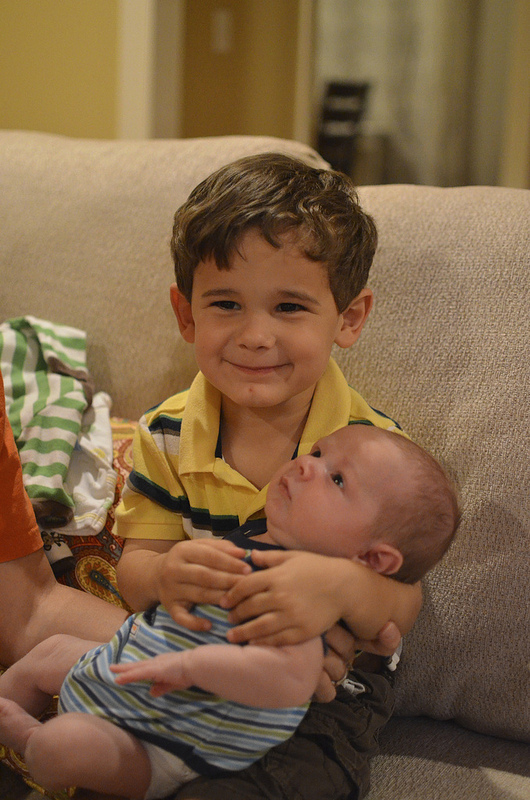 You must watch this video of Judah playing with Simon.  It cracks me up how he just stuffs the toys in his face. Make sure you see it through to the end, and you'll get a glimpse of Judah's new Power Ranger moves! 🙂