Ok, seriously, is my baby boy already over 3 months old?  What happened to my little newborn??

Simon is already 1 1/2 weeks past his 3 month birthday.  He is wearing 6 month size clothes (still some 3 months, too) and has lost some of his hair.  🙂  He is the sweetest little thing in the world!  No kidding.  He smiles and laughs like crazy! Happiest baby on this planet.

His eyes are still blue and getting bluer every day.  I'm thinking he might keep them! Ben's eyes are hazel, mine are dark brown.  But, my grandmother's eyes are blue, as well as Ben's dad's and both of Ben's brothers' eyes.  I guess we knew it was possible, but never thought we'd actually have a blue-eyed baby (or light skin and blonde hair)!

Right after I wrote the 2-month update, Simon started sleeping through the night and not waking for a feeding at all!  I can't believe I have a baby who started sleeping through the night at TWO months old!  What-what!?  He goes to be about 7:30 PM and wakes around 7:00 AM.  But, he does wake up every once in a while and won't go back to sleep until I put his pacifier in his mouth.  Not fun.

Here's something funny.  When Judah was born, it was obvious right away that he has Ben's fingers and toes.  Simon, on the other hand, totally has Ben's dad's exact toes (which is also the same as his Uncle Clayton's).  I think it is so fun to compare these physical traits and see who my kids are taking after.  Right now, Judah looks so much like my maternal grandfather.  I should see if I can find a photo and post a side-by-side comparison for you to see.  🙂

Eating Habits:  We feed Simon a 6-8 ounce bottle (typically 6oz) every 3-4 hours.  When he wakes up in the morning, he usually wants the 8 ounces because he went so long during the night without a feeding.  The rest of the day, though, he seems to be satisfied with just 6 ounces.  However, when he's going through growth spurts, he demands 6 - 8 ounces every 2-3 hours instead!

Simon started intentionally swatting at toys and is quite entertained by his baby activity gym.  This is the one we have, and he loves it!  The sun that lights up and plays music is the star of the set, but he also seems to like the other hanging toys and often stares and swats his hand at them.

We are definitely in love with this baby.  Judah continues to be proud of his little brother, too.  I fear, though, that this time is going by way too quickly!  How can I slow it down?? 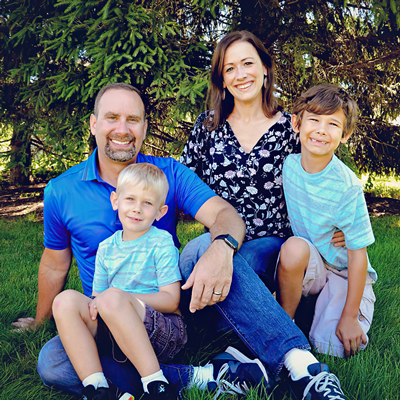