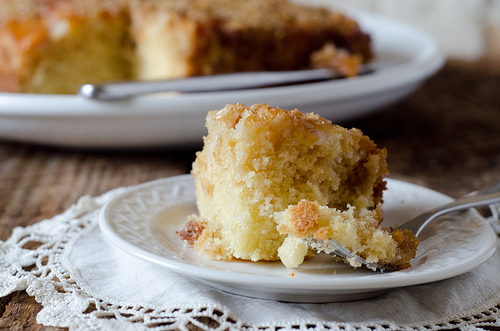 This really should be titled as a breakfast dish. I didn't want to label it as such, in case you wanted to serve it as dessert, because you definitely can.  I did, originally.  It was my dessert contribution for dinner at a friend's home.  Since there were just four (and a half) of us, we had more than half of the cake left.  My adorable friend asked if she could keep some of the leftovers (of course, I was going to offer anyway!) and then I took the rest home.

We both ate it for breakfast the next day.  And, via texting, we both agreed that it's an amazing coffee cake-like breakfast. 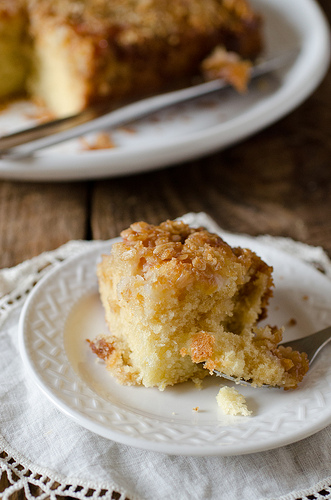 But, it is still cake.  I used my favorite yellow cake recipe as the base, instead of the boxed cake mix called for in the original recipe.  Grab a cup of coffee, and have some cake for breakfast.  I'll allow it.  😉 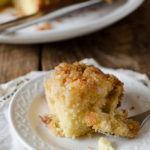 For the upside down crumb topping: