Last week, I received a phone call from Julie (organizer of Food Blog Forum Orlando) that there was a cancellation for the food blogging conference I wanted to attend, but was sold out by the time I heard about it.  I was on the waiting list, and lucky for me, someone else backed out last minute which meant a spot opened up for me!

The event was held at Walt Disney World in Orlando, FL, so that meant I needed to fly.  Since I was booking my flight only 5 days before the event, I found the return flights were sold out on my favorite airline (Southwest) and it would cost too much on any other airline.  So, I reluctantly called Julie back and told her I couldn't go.

Thankfully, Julie talked me out of my nonsensical decision and convinced me to still come for the weekend and fly stand-by on the way home instead.  I had never flown stand-by before, so I was hesitant.  But, I'm so glad I listened to her, because this last weekend was one of the best!  Great food, valuable lessons, and priceless friendships. 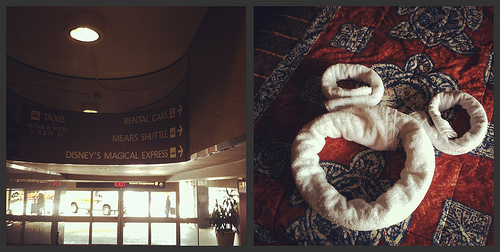 When I landed at the Orlando airport, I headed right away to Disney's Magical Express.  They cheerfully shuttled me to where the event attendee's were staying, the Polynesian Resort.  It was fun to see the Mickey Mouse shaped towels on my bed upon arrival! 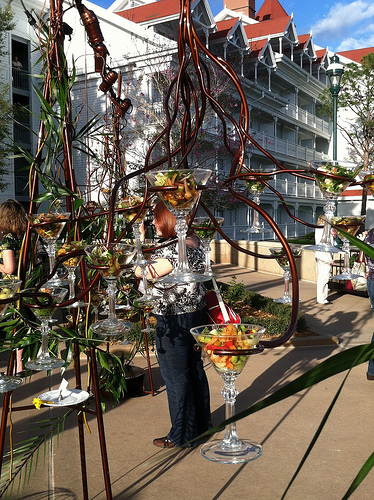 A few hours later, I met up with other food bloggers at the Welcome Reception where Disney served up an amazing spread of food.  Unfortunately, I didn't snatch enough photos and the one above is the only shot of food I have!  But, I remembered to get a few of the people... 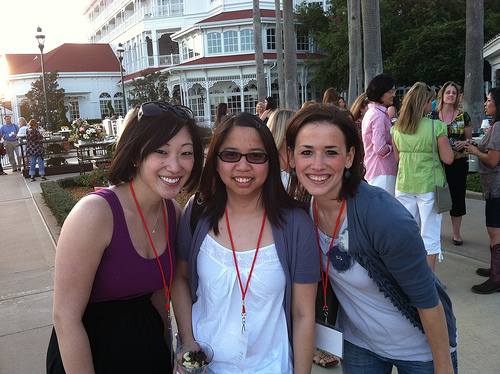 Here are the two beautiful "Julies" and me (right).  The Julie pictured in the middle organized this whole event and did an outstanding job! The Julie on your left blogs at Table for Two and was gracious enough to introduce me to all her friends this weekend and even offered to let me stay in her hotel room Sunday night if a stand-by flight didn't work! 🙂 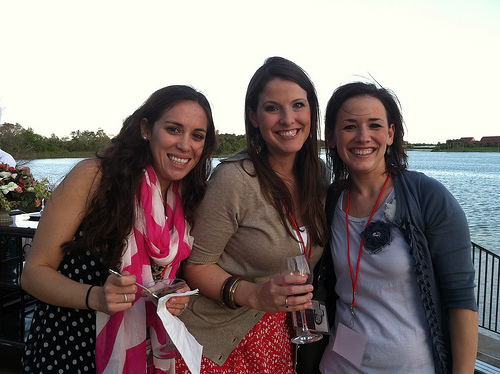 I hate this picture of me (right) but I had to include it in this round up because I absolutely love these two gals!  Krissy (left) and Tina (middle).  It was a little spooky to hang with Krissy because not only did she look exactly like one of my friends from California, but she also talked exactly like her and had the same mannerisms.  (All great things, Krissy!)  And, Tina? I just loved how easy she was to talk to and get to know.  Her fun personality is certainly catching, too! Only wish we had more time!! 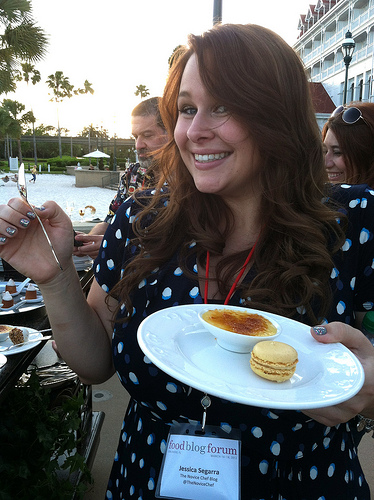 Seriously wish I had a picture WITH Jessica, because she was honestly the blogger I looked forward to meeting most this weekend. <gushing>  And, I wasn't surprised to find out that she is just as crazy and wonderful as portrayed through her blog.  Super sweet, as well!! 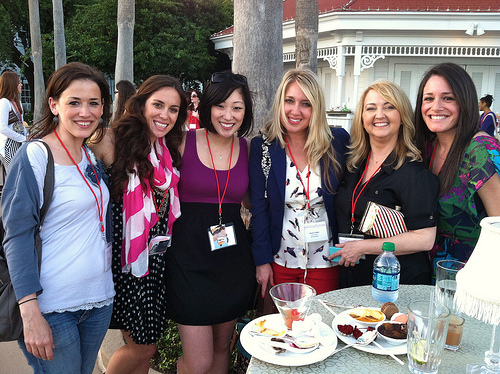 One of my favorite photos of the weekend (above).  This was also at the Welcome Reception the first night and this group of gals ended up hanging together during our free time at the Disney parks all weekend.  Amazing ladies, I tell ya! 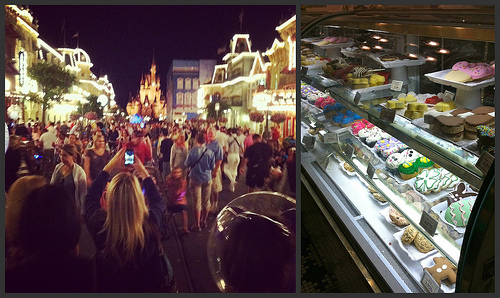 After the Welcome Reception, the six of us headed for The Magic Kingdom.  As part of the conference package, we were given 4-day park hopper passes!  (It was an amazing deal!)  Right when we walked into the park, we stopped to take shots of the castle...and food. 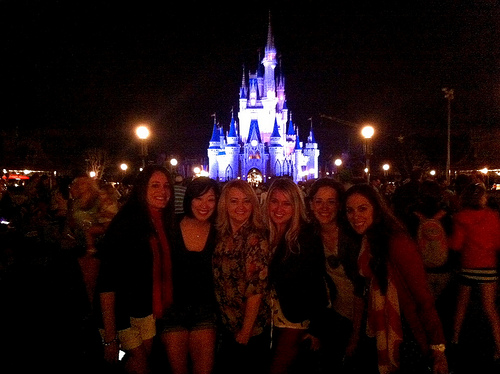 I love this photo!  Thanks to Krissy! 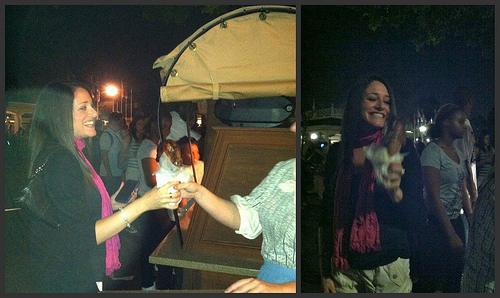 Rachel, the foodiest of all foodies, just had to gobble down a turkey leg at the park. (Yes, pun intended.)  🙂  If they weren't so messy, I would've definitely partook! 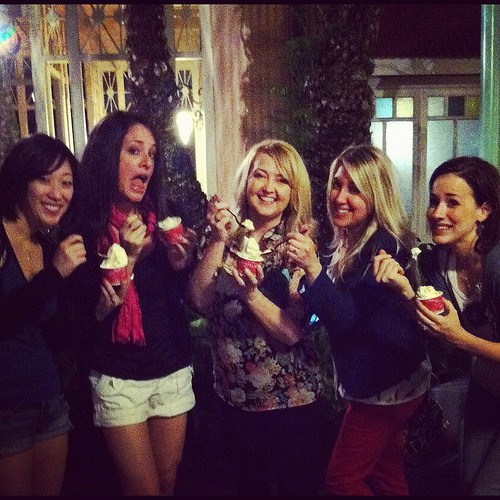 After strolling around, riding the Haunted Mansion, Pirates of the Caribbean, and It's a Small World, we found the popular Dole Whips before heading to watch the fireworks. 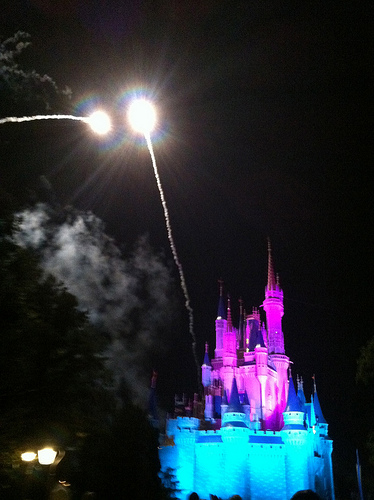 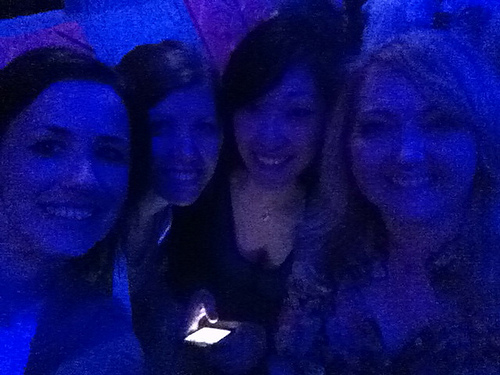 Then, before heading home for the night (it was late!) four of us made our way to Space Mountain.  It was so dark for the pic, but still turned out fun. 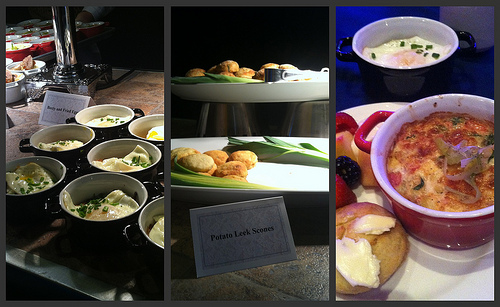 The next morning we woke up early for the day's sessions.  It started with a fabulous breakfast. 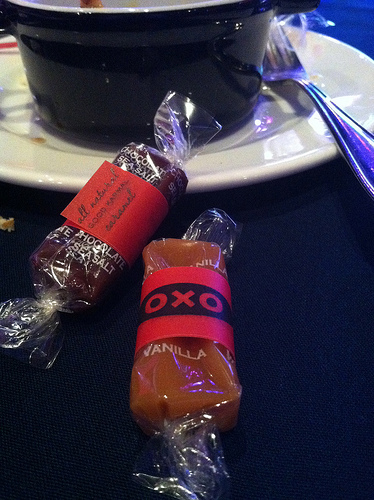 Each table was graced with an OXO container full of these addicting caramels! I just now remembered that I snuck two of them in my purse... pause for a minute while I go get them...  😉 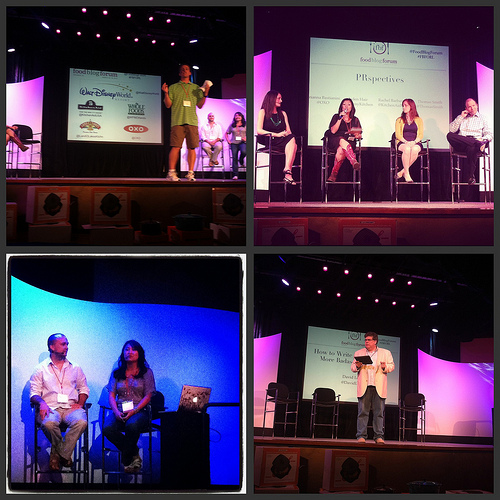 Our morning speakers were very inspirational.  Scott (top left) did an excellent job of hosting the show while his wife, Jaden, served on the panel with Rachel from KitchenAid, Arianna Bastianini from OXO, and Tom Smith from Disney (top right). Todd & Diane, my favorite food photographers, gave a very moving session about using your voice in photography and telling your story.  There were tears all around!  The ever-so-funny David Leite supplied us with a checklist to write better blog posts.  Lastly, I missed my opportunity for a photo of Dawn Viola, as she also spoke to the crowd about taking your blog to a professional level. 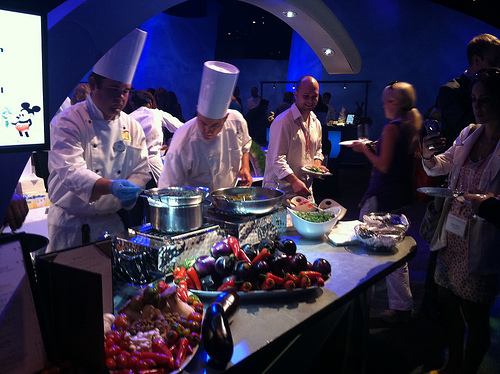 Next, we enjoyed lunch with the Disney chefs.  This was my favorite meal time experience during the weekend.  Stations were set up for us to sample (well, more than sample) the different dishes served at Disney. 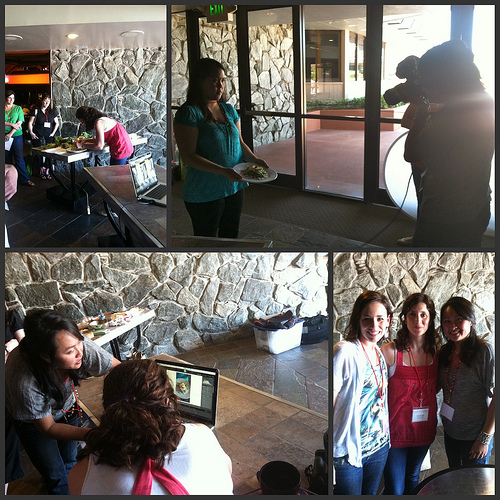 After lunch, we broke out in smaller round table sessions.  We each signed up for four sessions among four different topics. My personal favorite was the time I got to spend watching Aran (top left) style food and Diane (top right) photograph it. Then, getting a photo with both of them! 🙂 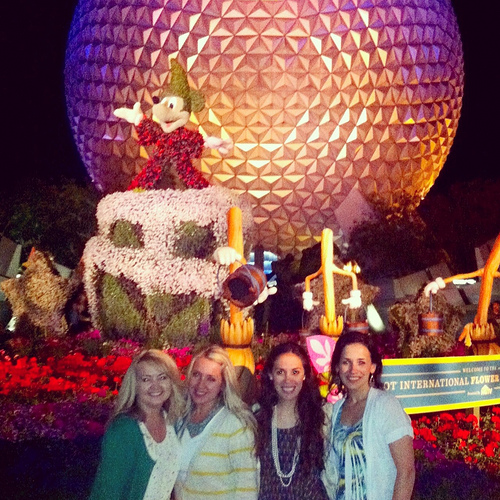 (left to right: angie, jenny, krissy, me) Photo by Krissy.

Once the sessions were over on Saturday, we had a few free hours to enjoy the parks and find a place for dinner on our own.  We stuck around Epcot and rode the ever-so-popular ride, Soarin' then rushed back to our after-party where we had a VIP front-row view to the Illumination fireworks show, along with dessert.

The next morning, I headed to the airport at the crack of dawn and finally made it home after 3 failed stand-by attempts!  It was great to be home, but I must say the weekend won't be forgotten!

Much applause and thanks to the following sponsors of the Food Blog Forum Orlando 2012 event: Walt Disney World, Whole Foods Market, Land 'o Lakes, OXO, LeCreuset, Scharffen Berger, Bob's Red Mill, KitchenAid, GooGoo Cluster, Spice Islands and King Arthur Flour.  Kudos to all of our speakers!  And, special thanks to Julie, Jaden & Scott, Todd & Diane, and Dawn for organizing such a fabulous weekend!