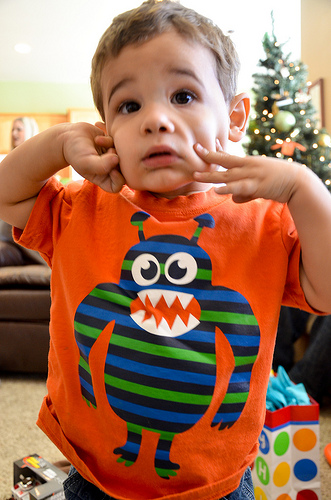 On  Saturday we celebrated Judah's 2nd birthday.  Right after last year's party, I knew I wanted to plan a Monsters party for his next birthday.  He was really into monsters at the time, and although cars have taken over his main interests, he still really likes to growl and play monster. 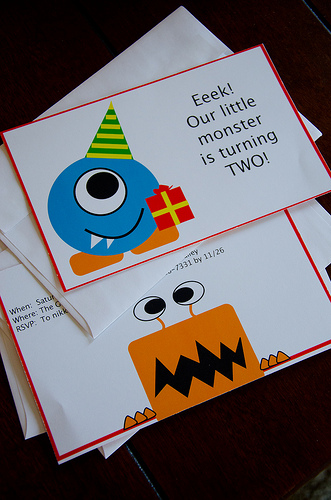 Since I had a limited budget, I made invitations using my Pages software on my laptop, then printed and cut them out.  The monsters were created using the basic shapes tool in the program.  I was quite pleased with how they turned out!  And, I'm attaching a downloadable file for you in case you'd like to use them for your own monster party. 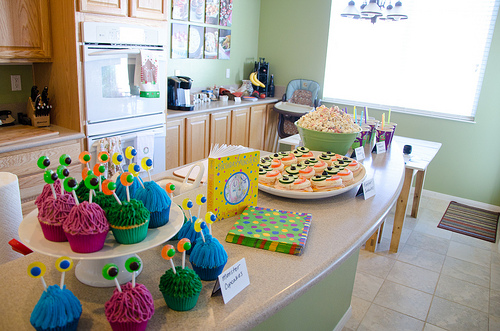 If you do not know me personally, then this is the first you've heard this next bit of information:  We are moving again next month!  (I'll probably post something more about our move later, but this will tell you the reason why.)  Right now we are in the middle of selling our house, packing, and a bunch of other "fun" stuff, so I had to keep the party simple and didn't even include any decorations.  I planned it to start at 10:00 AM so that the food could be kept to a minimum, as well. 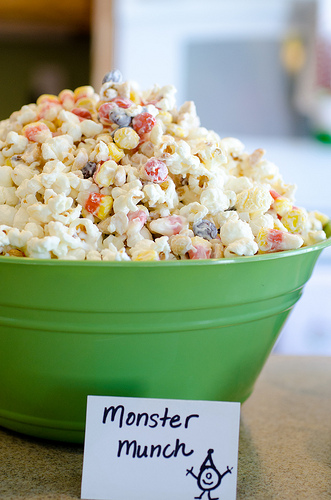 I still had to have fun with it, though, and included monster themed treats, including this monster munch (recipe will be posted later)... 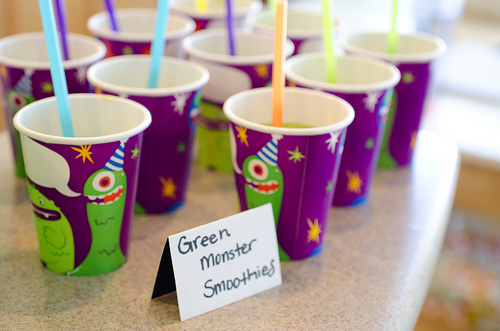 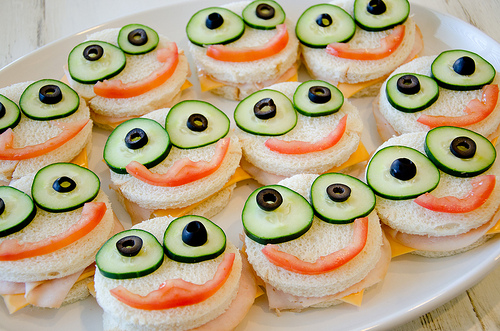 ...Monster Sandwiches (American cheese and deli turkey sandwiched between crustless bread cut out from a round cookie cutter, topped with cucumber and black olive eyes and tomato mouths)... 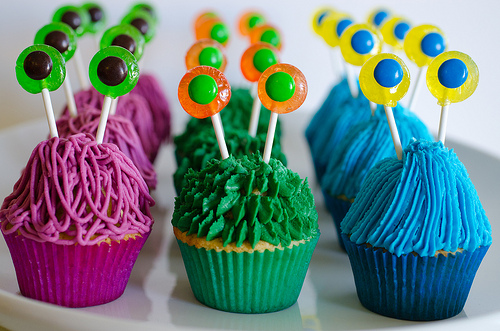 ...and then these adorable Monster Cupcakes (step by step tutorial in a later post). 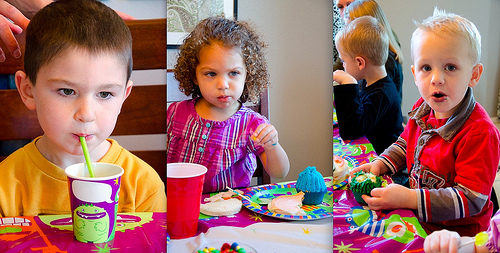 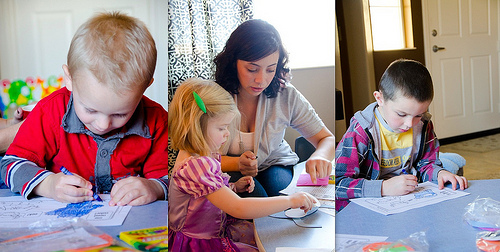 ...and they crafted.  Being a part of a church has more perks than you may realize. 🙂 I borrowed a table and chairs from one of the kids rooms for Judah's party.  It seated 10 and was the perfect size for their miniature bodies.  I printed out monster coloring sheets from Better Homes and Garden and set a small pack of crayons at each craft chair. 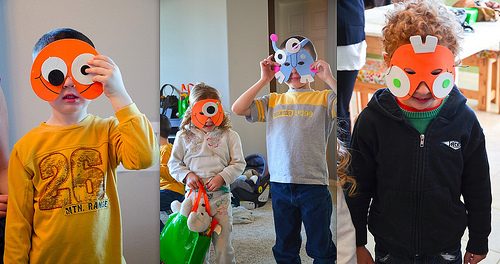 I also bought monster foam masks that the kids had fun gluing together. 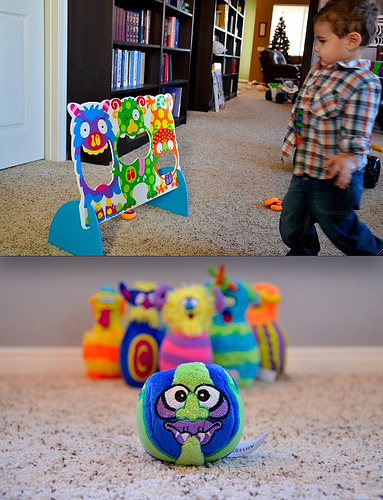 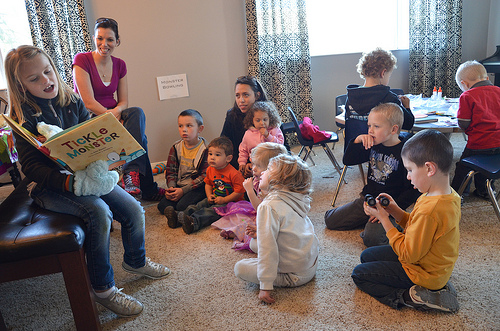 ...a reading from the cutest book ever, Tickle Monster.  This book came with adorable tickle monster mittens!  I was lucky that one of older kids there wanted to read the story to the younger crowd, so I was off the hook.  She did a great job! 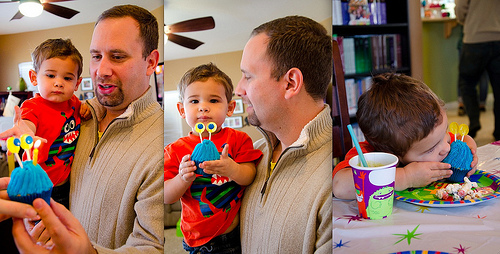 Again, because of the lack of time I had to work on this party, I didn't make a separate smash cake for Judah.  I think he'd rather have one of these monster cupcakes anyway.  I couldn't stop laughing at the way he was eating it! 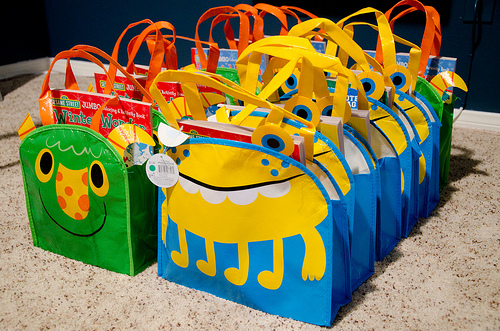 At the end of the party, I sent the kids home with the boxes of crayons they used earlier and then a monster favor bag filled with a coloring book, silly putty (that I drew an eye and mouth on to create a monster), a plush monster, a monster pop-up book, play-doh, bubbles, monster stickers and suckers.  The bags and monster pop-up books were from the Target Dollar Spot that I snatched around Halloween.

Even though it was missing some of the elements I originally planned to include, the party still turned out great and everyone had a fun time.  And, yes, I am already starting to think about next year's party! 😉