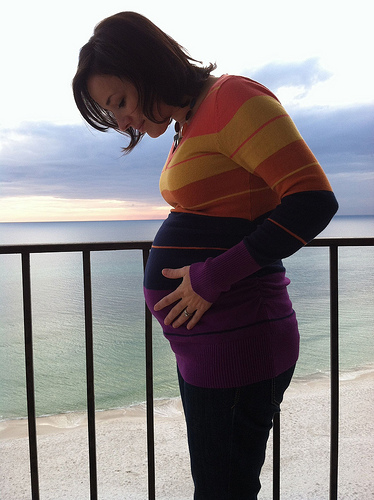 Y'all!  Has it really been since December 15th from my last Saturday Seeds post?  Wow.  The holidays, then moving, along with other fun life happenings really got the best of my weekend writing!  At least when I started this "regular" update again, I warned you that it probably wouldn't happen every week.  😉  I wasn't lying, huh!?

Well, here we are, back again with an update to my life beyond food.  It's the evening before the Super Bowl and I'm stoked to have a group from our new church plant over to hang out, watch football, eat good food, and get to know each other better!  Ben painted a projector screen in our bonus room (I'll post a DIY on that someday in the future), and we'll be sitting around on folding chairs because we do not yet have furniture in there! ha!

Anyway, let's get to the usual Saturday Seeds "stuff", starting with a pregnancy update! Yay!

Ok, so the photo above was two weekends ago when I was actually just 25 weeks pregnant and we met up with my BFF down at the Gulf coast in Panama City Beach.  I haven't taken nearly as many belly photos this time around, because I seriously just never think of it!  And, when I do, it's usually at a time when I'm pretty greasy and gross looking.  Yeahhh.... take a pic then?  No thanks!

But, here is the most recent photo I finally let Ben take of me two days ago: 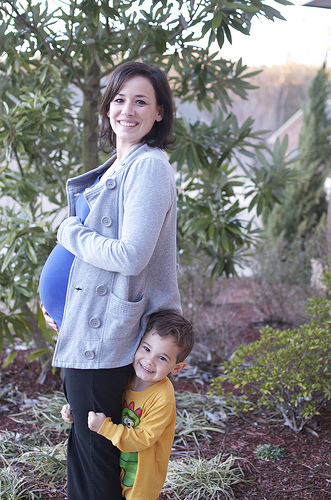 I love how Judah just runs in and grabs my leg while we're taking these photos!  He usually hates posing for the camera, believe it or not.  But, when he does, it's priceless.  He's actually starting to really understand the whole "I'm gonna be a big brother" thing lately.  He keeps saying "There's the baby's room.  He's not here yet, but soon!"  Or, he'll pat my belly and start singing a made up song to the baby.  He's even tried to feed the baby one time by placing tortilla chips on my tummy!  I think he's going to be a great big brother, and also a big help!

My next prenatal appointment is February 11th.  This is when I get to drink the "lovely" sugar solution they try to pass off as a fruit drink, for glucose screening.  If you have ever been pregnant, you know exactly what I'm talking about.  My friend, Lauren, who is due just days before me with her second child, too, (btw, we are seriously living the same life right now) recently downed her drink.  I hope I can chug it as well as she did!  😉

Baby Boy is moving, kicking and rolling!!  It's to the point where I sometimes can't sleep very well at night.  I'm glad for the reassurance that he's okay but, holy cow, sometimes it just plain hurts!!

There are actually some updates coming to this blog of mine.  Can you believe that soon we celebrate SIX entire years of the existence of Pennies on a Platter??  Well, later this month, you are going to find out about some big changes!  I'm excited to announce exactly what those changes are, but you'll have to wait just a little bit longer.  Soon, though, I promise!

This is what we made this week:

Baked Southwestern Chile Dip - An easy and impressive game-day dip that can be prepped up to 4 hours in advance then quickly baked before your party guests arrive.

Ham & Cheese Soft Pretzel Sliders - Soft pretzels and beer are the perfect pair for game day. Serve as sliders with ham and cheese sandwiched in between and we'll call it a TOUCHDOWN!

Loving Lately:
Here I will share with you my favorite things of late, along with other snippets that have caught my eye from some of my favorite blogs and websites.

Method All-Purpose Cleaner in French Lavender Scent - Since we moved into our new home, I have been researching the best cleaning products for it.  For example, we have never had wood floors, so I have no idea how to keep them clean!  After a quick status update on Facebook, I found the Bona is the best!  But, the cleaning product I am obsessed over right now, is a multi-purpose cleaner I found recommended by America's Test Kitchen.  Pictured above, it's called Method All-Purpose Cleaner in the French Lavender scent.  Seriously, guys, this is the greatest ever!  It might be a little pricier than some, but it is worth it.  Everything feels clean with no smears, and the scent left behind is super lovely. 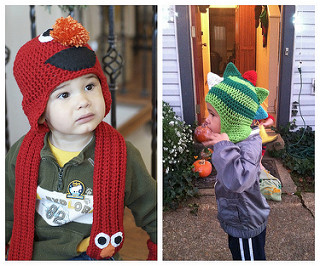 Knitty Momma Etsy Shop - Two years ago, my older sister bought Judah the Elmo hat (scarf and gloves, too!) pictured above from her friend who makes THE cutest knitted hats. Then, for this last Christmas, she sent him the dinosaur hat made by the same friend.  Well, come to find out, this friend of hers has an Etsy shop called Knitty Momma where YOU can buy her super adorable hats, too!  They are of exceptional quality and really just the cutest ever!  We have received so many compliments on Judah's two hats.  He's now outgrown the Elmo one, but the dino one is super fun, too.  And, if you're a Ninjago fan (I still have to figure out what it is all about) you definitely have to check these out!  Oh, and she does booties, scarves, adult hats and custom orders! 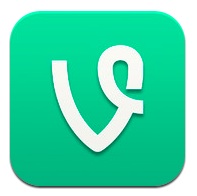 Vine App - Have you heard about this new app yet?  I guess it's owned by Twitter.  It's basically like Instagram, but instead of photos, you take short videos and share them with your followers.  It's a lot of fun!!  You can find me on there (after you download the app) as "Pennies on a Platter".  Click here to see one of the videos I took this week.

My Life as a Professor's Wife, Mom, Christian and Food Blogger:
Want more insight into my life as a Professor’s wife, mom, Christian, friend, relative and food blogger?  Then, read on!  If not, ignore this section. 🙂 This is a place for me to write what is on my mind and journal some of the crowning moments of my week. 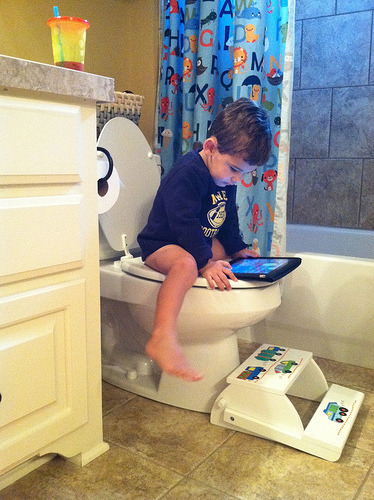 Wow, where should I start?  It's been a very stressful week as last Friday (over a week ago) we decided to finally potty train Judah.  Many close friends advised us to wait until Judah was a little older (even over 3 years old) to potty train, because it's much much easier and goes a lot faster this way.  Well, after EIGHT wet accidents on day one, I almost gave up.  But, we persevered into the next day which ended up being much better, surprisingly! Now, after just one week, he is completely potty trained, day and night, #1 and #2!  Yipee!!

Here are a few things we did (not saying it will work for you and your kid, but it worked for us):

Anyway, that really is too much information.  Oops!  But, I really hope I"m helping some of you parents out there who are going through potty training.  It's super exhausting and intimidating and every kid is going to be different.  Hang in there!! 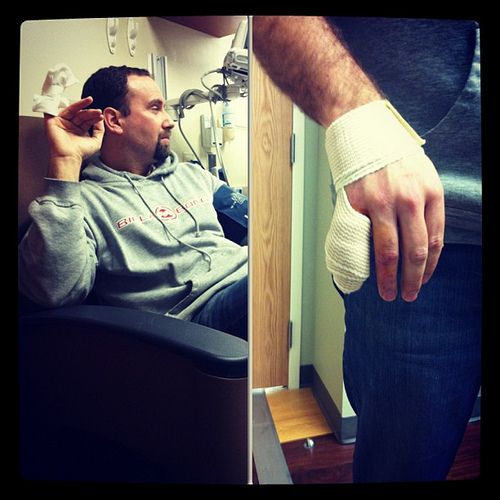 Not only have we been exhausted from potty training, but a few nights ago, poor Ben sliced off part of his pinky finger while working with a tool out in our garage.  We were in the ER Thursday night and now have to change his bloody bandages three times a day.  I'm not gonna lie, it's really disgusting and I can barely do it.  But, it's amazing how quickly I've gotten used to the gaping hole in his finger and all the blood (ew!) and just get it done.  He's on pain medication that really changes his mood and is pretty creepy at times, but we're getting over the hump and his finger is already starting to heal.  It should grow back, too!  Phew!

Well, that sums up the week.  I wish I had time to go back the entire month and share with you some more things we did!  But, I need to get to bed so I can be refreshed and ready for our Super Bowl party tomorrow.  🙂  Good night and have a great time with your friends on Super Bowl Sunday!!