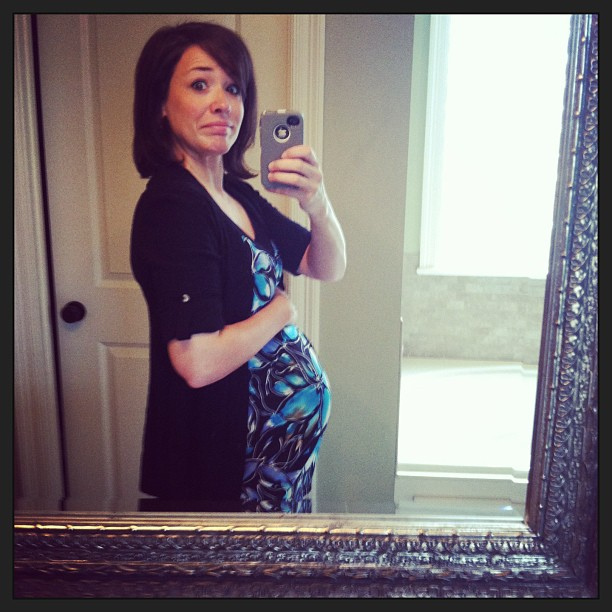 Happy Saturday, everyone!  We are having some great weather right now in Mississippi.  Not too hot, not too cold.  But, I am a bit jealous of all of those snow shower photos I’m seeing on Facebook and Instagram.  This Michigan girl misses a little bit of wintery white, as long as it’s not 6 months worth! 🙂  Anyway, let’s get started with Saturday Seeds by updating you a little on pregnancy #2!

Ho–leeee–cow.  Only EIGHT weeks to go!  If this baby is anything like Judah, then we’re looking at just SIX more weeks.  WHAT!?   I’m feeling pretty good, except for the many grumpy moments that poor Ben has to endure, especially when baby is pushing constantly on my bladder, or sliding his fist from one side of my belly to another.  He’s very active, all day.  But, even more so during the night so that my sleep is very interrupted.  That, along with leg cramps and getting up to pee every two hours (TMI, sorry!).

The photo above is actually at 28 weeks.  Here’s what I’m looking like now at 32: 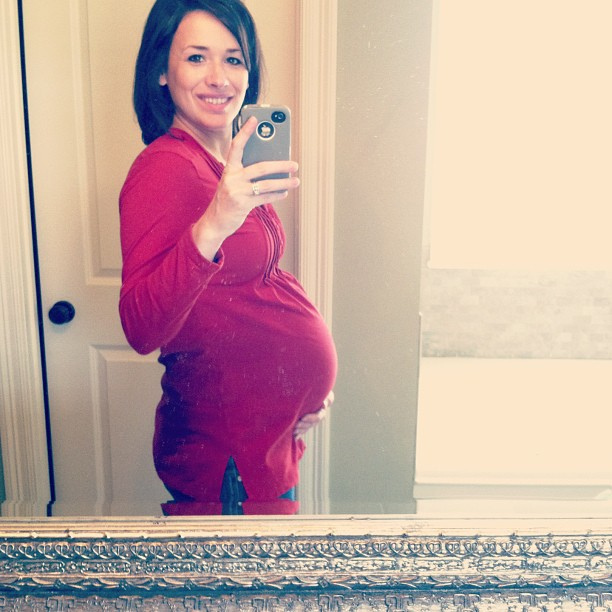 With less than two months to go, here’s what I need to accomplish in the next few weeks:

I’m sure there’s more we need to do, but that’s what comes to mind right now.  Yesterday I updated my Amazon Mom subscription for baby diapers to start delivering next month.  That felt weird, but I got to check it off the list as DONE.  Now, let’s see if I can do the same for the list above. 🙂

Well, we definitely had changes to the blog, huh?  If you’ve been with me for more than two weeks, you know that this little space of mine on the Internet started out as Pennies on a Platter.  Two weeks ago, I re-branded and now here we are as Seeded at the Table!  The transition went very well, with only one minor hiccup that’s not even worth mentioning.  Not too shabby!!  All thanks to my marvelous web developer (who also designed this lovely blog).  If you’re looking for a web designer and/or developer, I highly recommend him!  More on that in a future post, and more on the new site and its features later, too.

Here’s what we made since the last Saturday Seeds post: 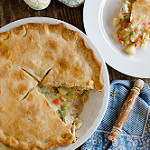 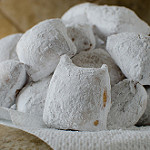 New Orleans Beignets – These snowy pillows of sugar and dough are claimed as Louisiana’s state doughnut. 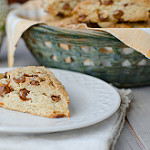 Cinnamon Chip Scones – These cinnamon chip scones are soft and airy on the inside, and packed full of flavor with a crispy edge. Simple ingredients, simple steps, incredible taste. 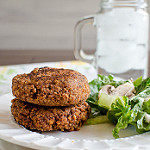 15-Minute Black Bean Patties – These black bean patties come together in minutes and are a perfect solution to those days when you’re running low on fresh ingredients and can’t make it to the store before dinner. 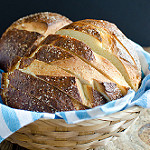 Loving Lately:
Here I will share with you my favorite things of late, along with other snippets that have caught my eye from some of my favorite blogs and websites.

Tweets by Nathan Fillion – Are you a Castle fan?  It’s one of our favorite TV shows.  The main character, Richard Castle, is a murder mystery author who tags along with the NYPD to help solve murder crimes while getting inspiration for his novels.  Richard Castle is played by actor, Nathan Fillion.  You may know him from his cult following in Firefly, back in the day.  Anyway, he has a huge following on Twitter (Ben and I being two of them) and although I’m not super active in following his tweets, I did notice last week that he was taking random questions from his 1.6 million (yes, MILLION) followers and choosing ones here and there to answer.  Let me first mention how hysterical he is on Twitter in the first place.  Funny guy.  So, naturally, his answers followed suit and were a crack up.

I was late in the game, but decided to throw a question out there to him anyway to see if he’d answer.  About three minutes later he responded!  Yes, I was geeked, and hubs was jealous as his question didn’t get a response.  😉  Here’s our Twitter convo:

(No, Nathan, I’m not naming our baby Quinter!)  😉  Unfortunately, since I wrote that tweet and received his response right before bed, I was awaken all night by many of his other followers who decided to respond with their name ideas, as well.  In the morning,, I figured out that many of those people thought my tweet meant that Nathan Fillion and I were having a baby and asking his followers what we should name him!  Oh boy! 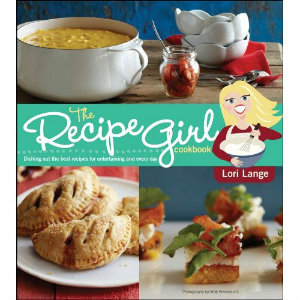 The RecipeGirl Cookbook – I can not WAIT for this cookbook release.  Only a little over a month to wait!  This cookbook comes from food blogger, photographer, and recipe developer extraordinaire, Lori Lange.  Lori always posts recipes that I want to make because they are do-able meals using everyday ingredients.  Not only that, I love her personality!  Not sure how that makes me want to eat her food, but it always helps knowing that a cookbook author is a sweet wonderful person! 🙂 Who knows, after it releases, maybe I’ll even host a giveaway so one of you can win one!  Would you like that?  You can also pre-order it here. 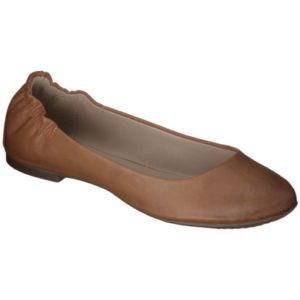 Target’s Ona Scrunch Ballet Flat Shoes by Mossimo – Being 32 weeks pregnant, I literally can’t bend over and zip up my boots anymore!  Lucky for me, we are in the warmer climate of the country so sandal season is just around the corner.  Until then, I love wearing slip-on flats.  My favorite TOMS recently wore a hole in the toe, so I ventured out to find some new neutral flats and found these.  I bought these shoes at our local Target store and love them!  Super comfy and I think super cute, at a very inexpensive price.  Let’s see how long these last!  Surely longer than the TOMS I bought that were three times the price!  (I’m tempted to get the black pair, too.) 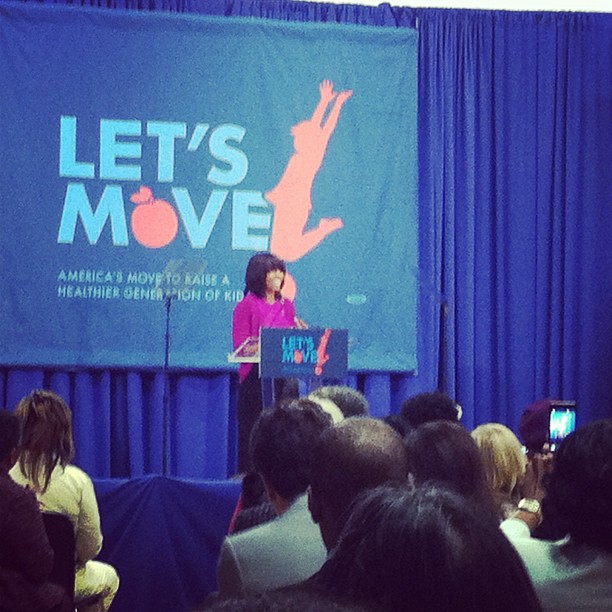 Last week I had one of the most amazing opportunities of a lifetime.  It pretty much tops anything I’ll ever do again, so I guess the rest of my life will be pretty boring.  ha!  I got to meet AND interview the First Lady Michelle Obama!  These photos were taken with my old-school iPhone, so unfortunately they aren’t so great.  The White House is supposed to send me a better one with me and Mrs. Obama in the next couple of weeks, though!  Squeeeeee!!!

Anyway, Michelle Obama was in our town during her quick 2-day national tour to celebrate the third year anniversary of the Let’s Move! campaign.  Without going into too many details…yet (coming another day) I will give you the short of the story.  The White House contacted my blogging network, BlogHer.com, and asked if they had a blogger in the area who could interview the First Lady during her visit, regarding the Let’s Move initiative.  To my delight, BlogHer called ME and the next day I was sitting face to face with the First Lady having a delightful conversation!

She certainly is as sweet as can be and has a genuine passion for raising awareness for childhood obesity.  I’ll be able to post the full interview, share more photos and tell my story soon, but for now you can read the interview on BlogHer’s website. 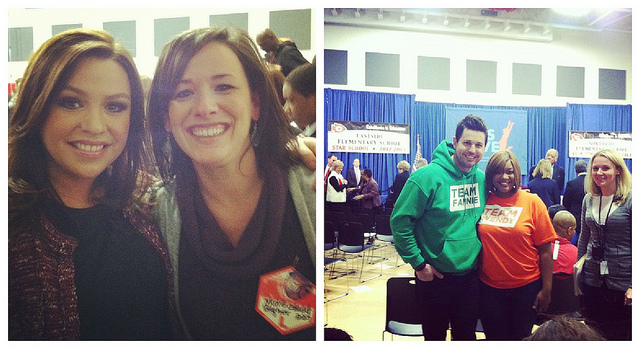 Not only did I get to meet Mrs. Obama, but I also had a quick photo op with celebrity chefs Rachael Ray, Ryan Scott and Sunny Anderson!  All three were a part of the Let’s Move event held at the Clinton, MS elementary schools.  Rachael Ray hosted a cooking competition between two of the school’s chefs with a couple hundred of elementary students in the audience.  The event is going to air on the Rachael Ray show this Monday, March 11th, so tune in!  Get a sneak peak here!

So that’s the highlight from the last two weeks.  On the way home from the interview, still floating around on cloud 9,  I called my sister and said “The Good Lord’s gonna take me home, because I just reached my peak!”

We’re the Gladd family!
Gather around as we experience joy and community at the table! END_OF_DOCUMENT_TOKEN_TO_BE_REPLACED