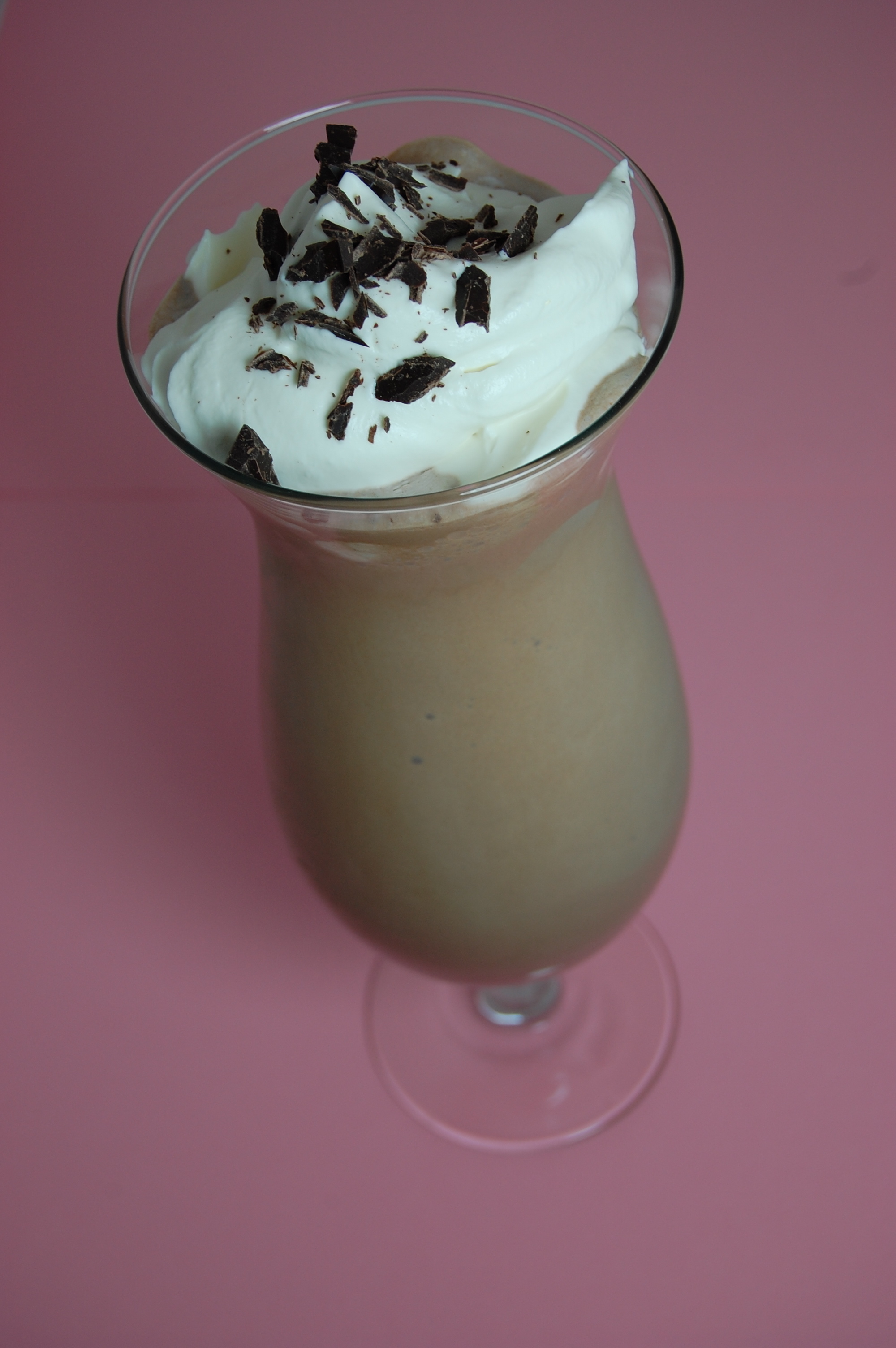 If you’ve been with Pennies for a while, you may remember a special guest writer, by the name of Ben…aka… my dear husband.  🙂  Do you remember what he wrote about?  You guessed it..milkshakes!  He thinks he’s a milkshake connoisseur and I have to admit I think it’s adorable.

For Valentine’s Day this year, I wanted to make a special dinner for us.  I already posted the crab cakes I made (and they were fantastic!) that were special for Ben because they were from his mom’s recipe.  But, I also wanted to make a dessert that was all about Ben.  And, well, a milkshake was the answer!

Chocolate milkshakes seem to be Ben’s consistent flavor choice.  So, I whipped up this Basic Chocolate Ice Cream recipe and made milkshakes for two!  I also had some extra heavy whipping cream on hand that was about to expire, so it was a perfect opportunity for me to make homemade whipped cream for the topping. Since I’m always making homemade desserts for our friends, I know it meant a lot to Ben that I made this milkshake from scratch, just for him!

Combine the first three ingredients in a blender and mix until well blended. Pour into desired cup and top with whipped cream.  Garnish with chocolate shavings.

We’re the Gladd family!
Gather around as we experience joy and community at the table! END_OF_DOCUMENT_TOKEN_TO_BE_REPLACED