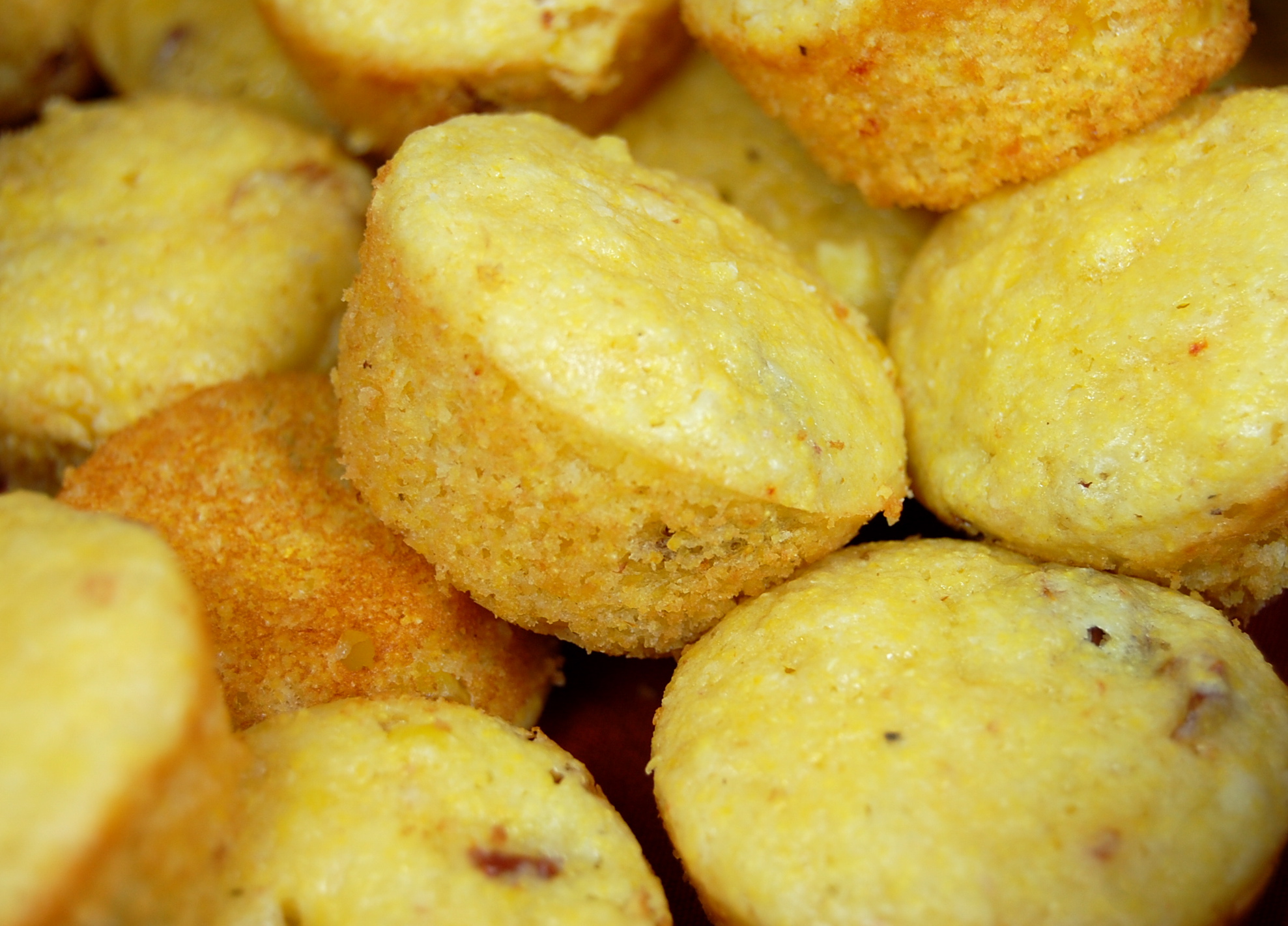 My sister gave me my Christmas presents over Thanksgiving, since I won't actually see her during Christmas.  🙁  She was pretty sneaky in buying my gift while we were out shopping together on Black Friday.  We were in Williams-Sonoma and I was drooling over the cookbooks and cookbook stand...little did I know she was soaking it all in and using my reactions as ideas for my Christmas gift!

She bought me two cookbooks (one by Giada and one by Ina Garten) plus this cookbook stand at Williams-Sonoma.  The stand is awesome and protects my books from being splattered by food.  It makes for such an easier way to read the recipes, too!  Usually, I forget where I set the recipe or else I accientally cover it with my mixing bowls and cutting boards.  Now, I know exactly where I can find my book!

I decided to use a recipe from the Giada book to serve at our Ugly Christmas Sweater Party.  Everyone brought an appetizer, I also supplied a cake and served taco soup, but I really wanted some corn muffins to go with the soup on top of everything else.  These Buttermilk Cornbread Mini Muffins were in the back of my mind, but when I saw this new recipe in Giada's book, I just had to try it.

There was so much flavor involved in these muffins.  Instead of making 16 regular size muffins, I made a million (didn't count) miniature muffins.  This worked out well so that I had enough to serve them again at the next Christmas party we hosted the following night.  But, next time I will make the full size muffins, as I think they will capture the whole flavors a little better.

1. Preheat the oven to 375˚F. Insert paper liners in 16 muffin cups or grease the tins.

2. In a large bowl, combine the corn, muffin mix, garlic, and sun-dried tomatoes. Stir to combine. Mix in the buttermilk, sour cream, and eggs and stir just until combined.

3. Spoon the mixture into the muffin tins, filling up the cups about halfway. Bake until golden brown on top and a toothpick inserted into the middle of a muffin comes out clean, about 15 minutes.