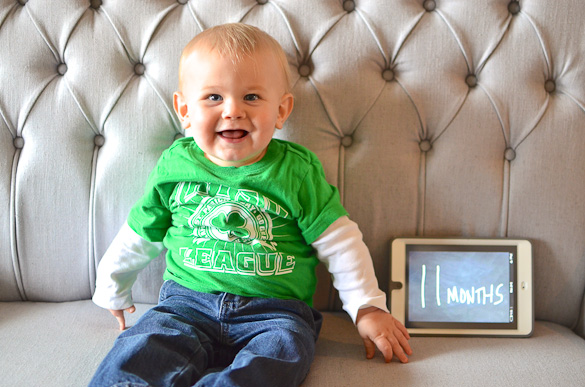 Can you believe Simon is almost one year old!?  He turned 11 months on March 17th, and now we are just a couple of weeks away from his first birthday! 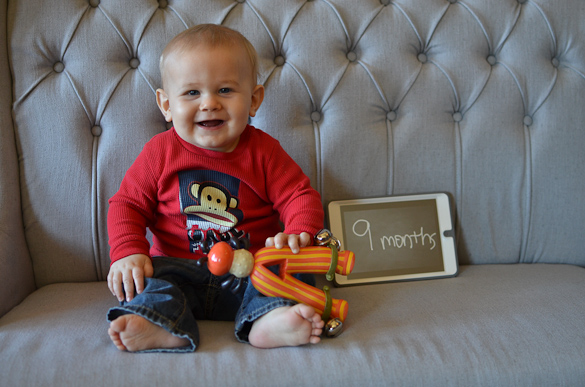 Here he is at 9 months (since I haven't done an update since he turned 8 months old). 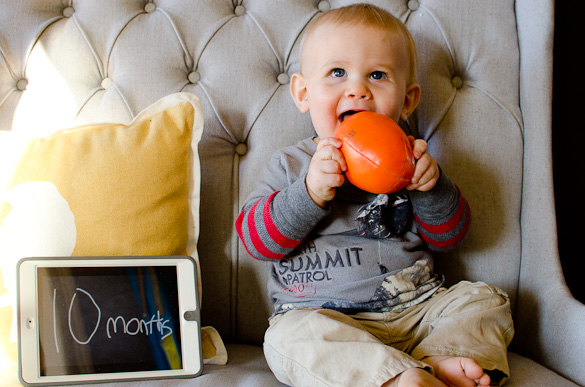 Still no teeth!  What the what!?!?  But, he eats like a champ.  I give him whatever we're having, just cut into little itty bitty bite sized pieces.  Yesterday, he inhaled his dinner and I couldn't keep up.  I'm getting glimpses of what having two boys to feed is looking like!  This mama's gotta get her game on! 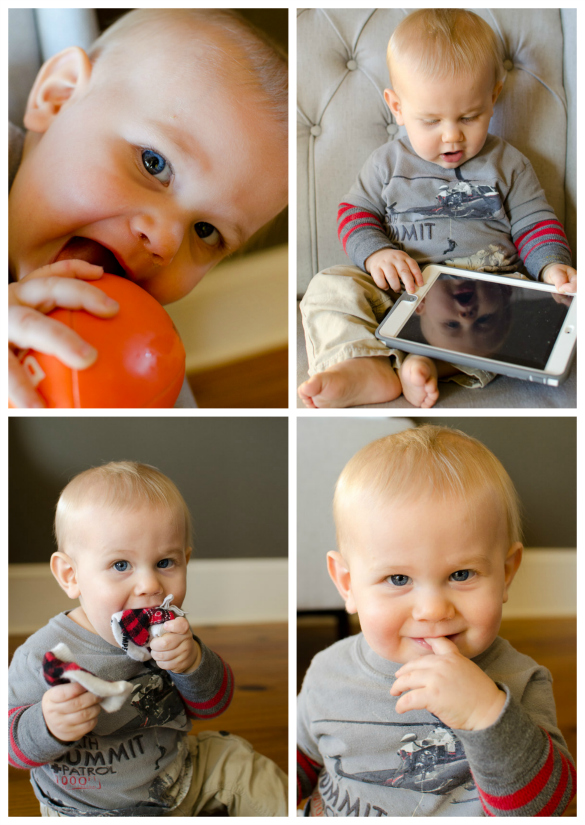 Simon seems to be stuck at the stage where he just cruises around and stands without holding anything, but not a step yet!  He's been at this stage for MONTHS, people!  Because he's been cruising (walking while holding something) forever, I thought for sure he'd be walking by now.  But, nope!  He tries!  When he concentrates on taking a step, he jumps instead so it just knocks him right over! ha!  That's okay, though.  I'll never encourage my kids to grow up too quickly... 😉 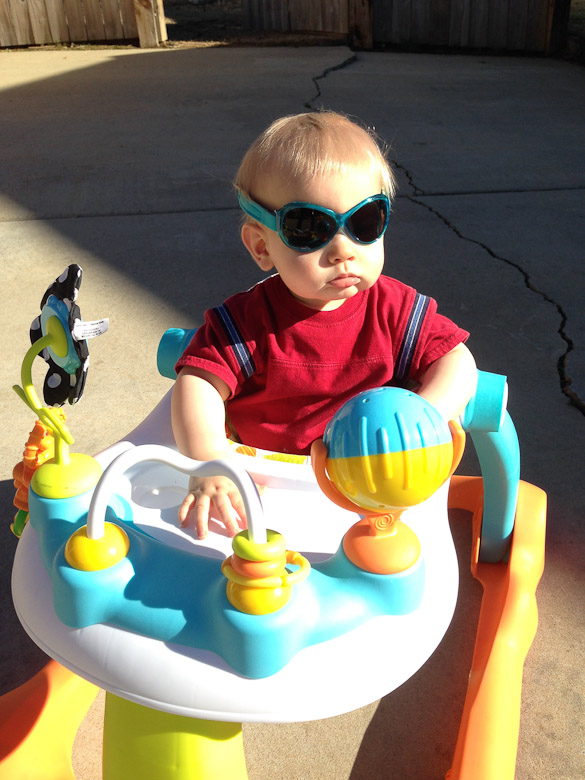 He gets into everything.  I am holding off on baby-proofing my cabinets and drawers, but I'm getting to the point of giving in.  He loves to open every cupboard door and throw anything that's inside. He also likes to hang on my legs while I'm trying to cook, so it's a bit frustrating and hard to get much done.  Ben reminded me that I had a hard time when Judah was this age... and now it's quickly coming back to me again!  Gah! 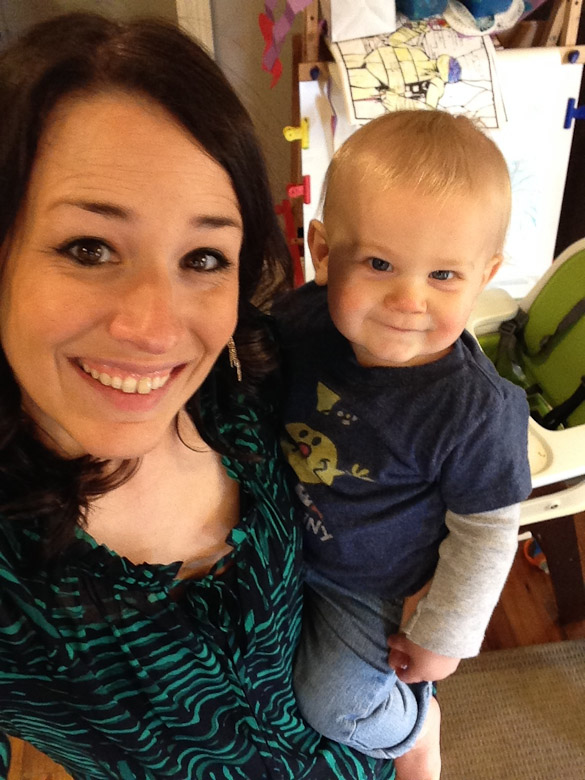 As frustrating and clingy as he is, I am still super in love with this smiley baby.  He continues to be sweet, and is still infatuated with his big brother.  They play together more than ever... yet Simon is really good at playing by himself, too.

We stopped bottles two days ago, and the transition was a piece of cake.  I'm so glad to not wash bottle anymore!  But, meal times are super messy now, so it's a trade-off. 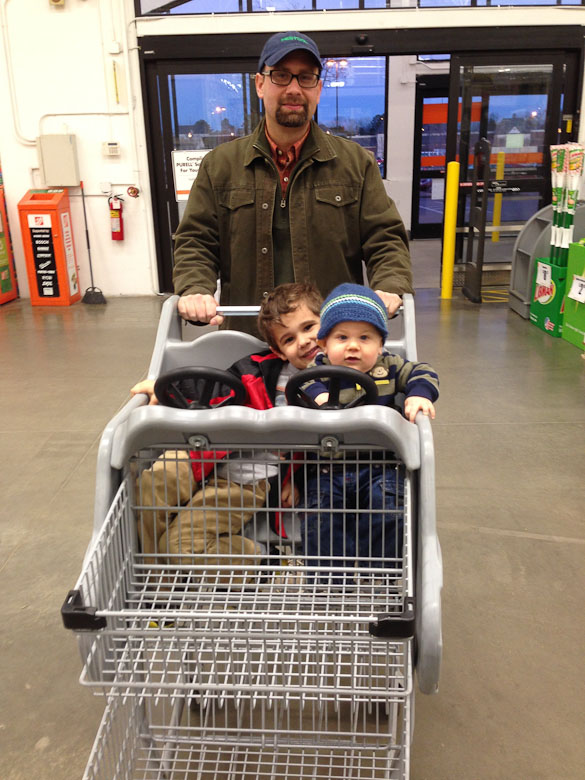 Less than 3 weeks until Simon turns one!  We're doing a small celebration while my parents are visiting.  Follow me along on Instagram where I'm sure I'll post photos.  🙂