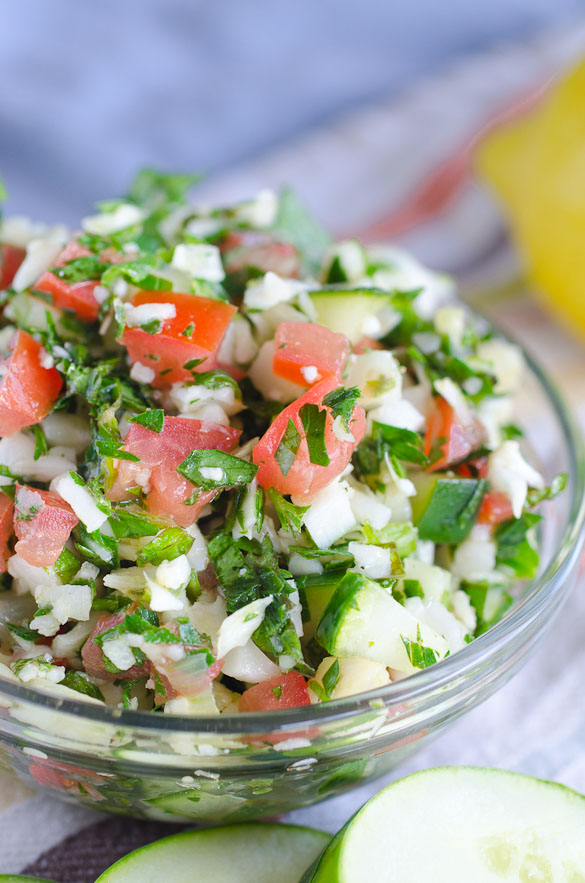 Hey guys!  Which category do you fall into?  Do you order Tabbouleh every time you visit a Middle Eastern restaurant, or have you never had a bite of this herby salad?  Maybe you've tried it and don't love it?  I'm curious!

This Cauliflower Tabbouleh Salad is a little different than your traditional Tabbouleh, which is why I added the "Salad" at the end of its title.  If it was chock full of more parsley and mint, with less cauliflower, tomatoes and cucumber, then I would leave it at "Cauliflower Tabbouleh".  But, I wanted a chunkier salad to satisfy my appetite and this is what I came up with. 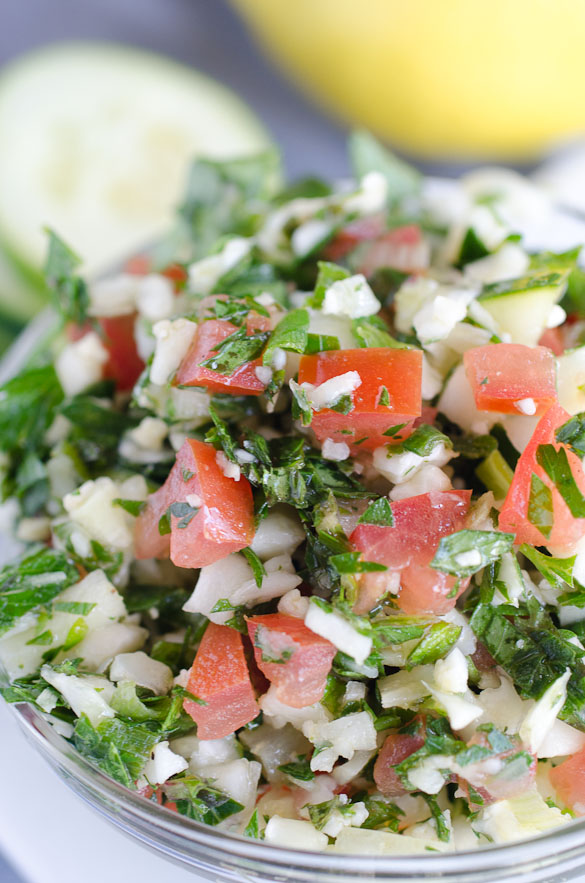 The spices are the same for your customary tabbouleh you may have grown to love, as I add in a pinch of cinnamon and a little bit of all-spice.  You can do it without these, but the spices beautifully offset the otherwise pungent lemon flavor.

This tabbouleh recipe contains no wheat, so this is a great option for those who are looking for a gluten-free, Whole30 or Paleo tabbouleh recipe!  Traditional tabbouleh contains bulgur wheat, but I've replaced the bulgur with cauliflower.  You could try this same recipe with quinoa if you do not like cauliflower, but then it's no longer Whole30. 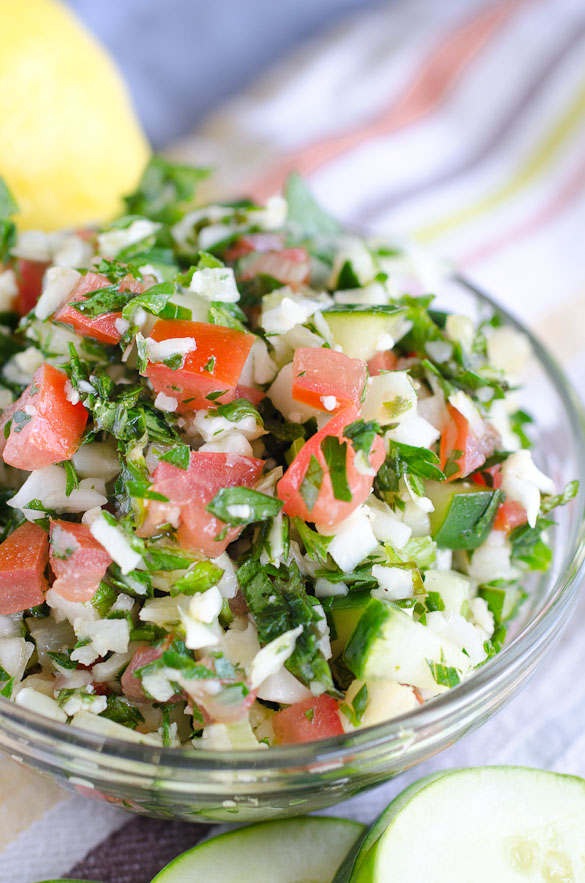 Tips for Making The Best Tabbouleh

To make the best Tabbouleh recipe, you must pick good ingredients.  Use fresh, flat-leaf parsley and wash it two or three times over to rid all of that grit.  Dry it well and chop carefully -- you can leave some of the stem from the leaves.

For the mint, do not chop until right before serving as mint turns black quickly after chopped.  Use only the leaves, no stem.

Choose tomatoes that are plump and sturdy.  Seed or don't seed, that is up to you, but try not to let them get mushy.

Finally -- DO NOT USE A FOOD PROCESSOR.  Use your knife to chop, chop, chop!  The food processor will be too harsh on those delicate herbs. 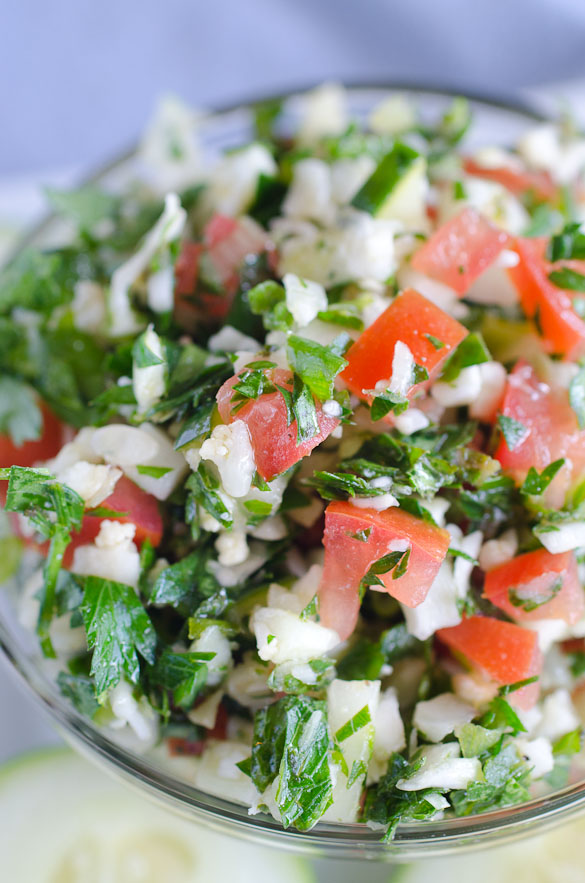 What to Serve with Cauliflower Tabbouleh Salad

We like to eat tabbouleh as a side dish for any Middle Eastern dinner.  Try these recipes to go with this tabbouleh: 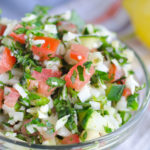