Lemon cupcakes with a raspberry frosting for a refreshingly light and fruity dessert. 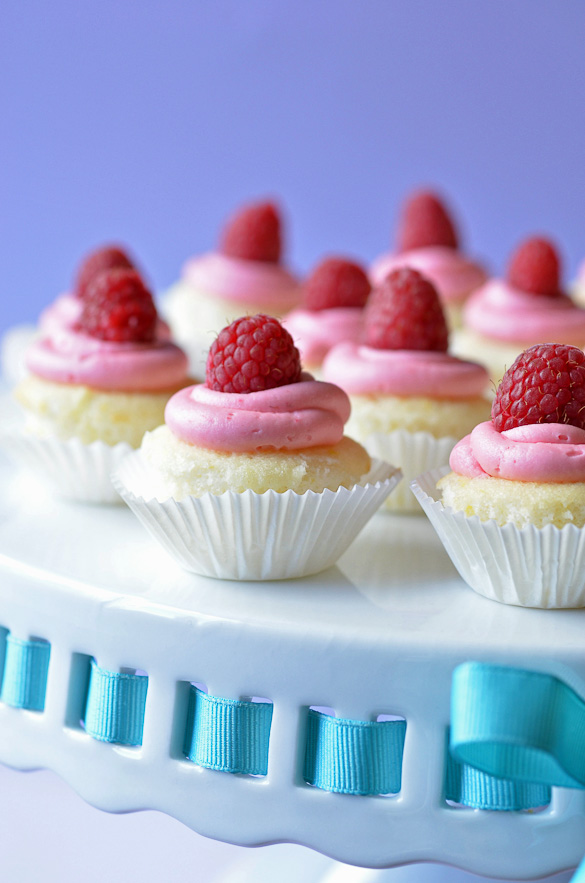 It might seem out of season for these cupcakes, but they are so good that I would eat them any time of the year.  I made these for our neighbors’ daughter’s Evening of Elegance event at school.  Her mom actually gave me the idea of lemon cupcakes, to offset her contribution of something chocolaty.  After searching for some recipes, I settled on this lemon cupcake recipe paired with a delectable raspberry frosting.

These cupcakes were very different than I expected, but in a positive way.  The batter is mixed with egg whites, creating a more spongy texture than I’m used to in cake.  But, it was quite welcoming with the light lemon and raspberry flavors.  I baked them in miniature cupcake pans, and Ben kept popping them into his mouth when my back was turned.  Thankfully, I still had enough for the party. 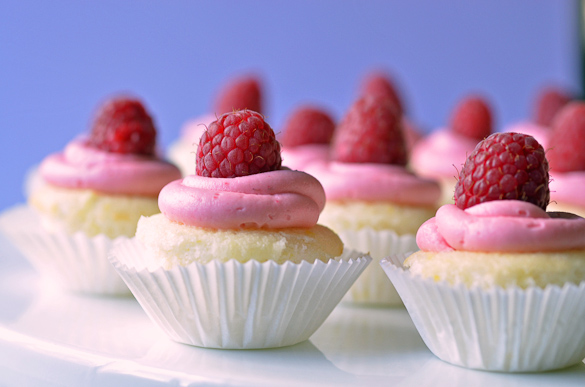 I will warn you that the cupcake liners did separate from the cake after cooling.  Not sure if this was from the type of cupcake liners I used, or if it will happen no matter what type you use.  Luckily, I had extras on hand and was able to completely remove the originals and set the cupcakes in clean new liners.  They looked beautiful!

A little note… This recipe calls for 4 egg whites.  Don’t discard the yolks!  Save them to make ice cream. 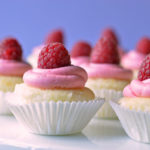 To Make the Cake:

To Make the frosting:

Source:  My Baking Addiction, originally from Dorie Greenspan
Tried this recipe?Take a pic and tag @seededtable or #SeededAtTheTable to be featured!

We’re the Gladd family!
Gather around as we experience joy and community at the table! END_OF_DOCUMENT_TOKEN_TO_BE_REPLACED