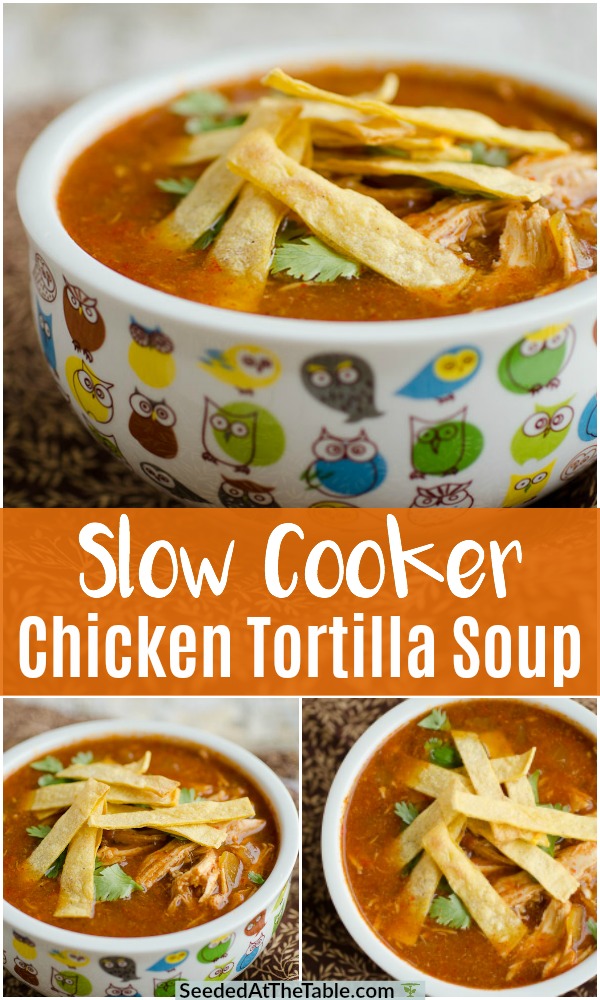 This slow cooker chicken tortilla soup is one of our favorite Mexican soup recipes!  Toss everything in your slow cooker for this easy tortilla soup.  In the last few minutes before serving, quickly bake sliced tortillas for a crispy topping! 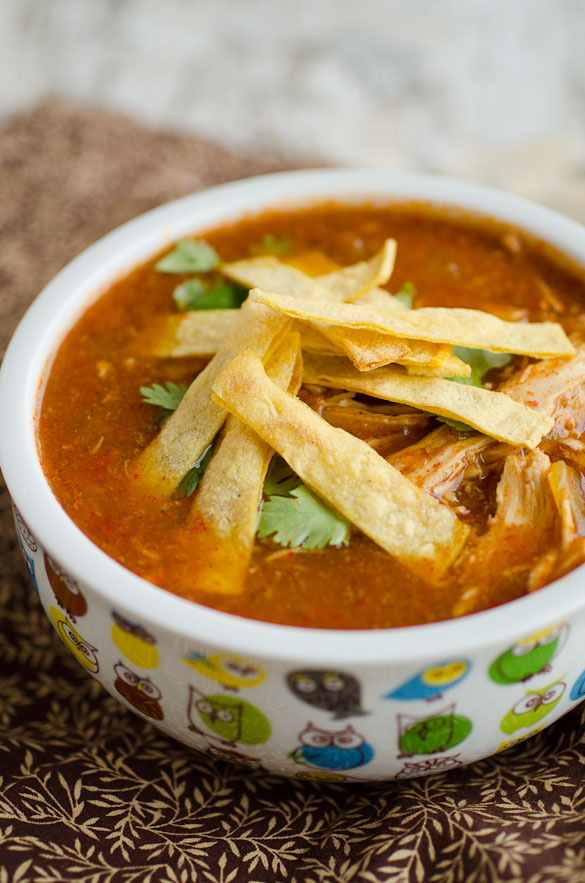 What is Tortilla Soup Made Of?

Tortilla soup is a Mexican soup made of shredded cooked chicken in a broth of chicken and enchilada sauce with your favorite Mexican spices.  Chicken tortilla soup is topped with crispy tortilla strips.  It is typically served with additional toppings like avocado, cilantro, shredded cheese and sour cream. 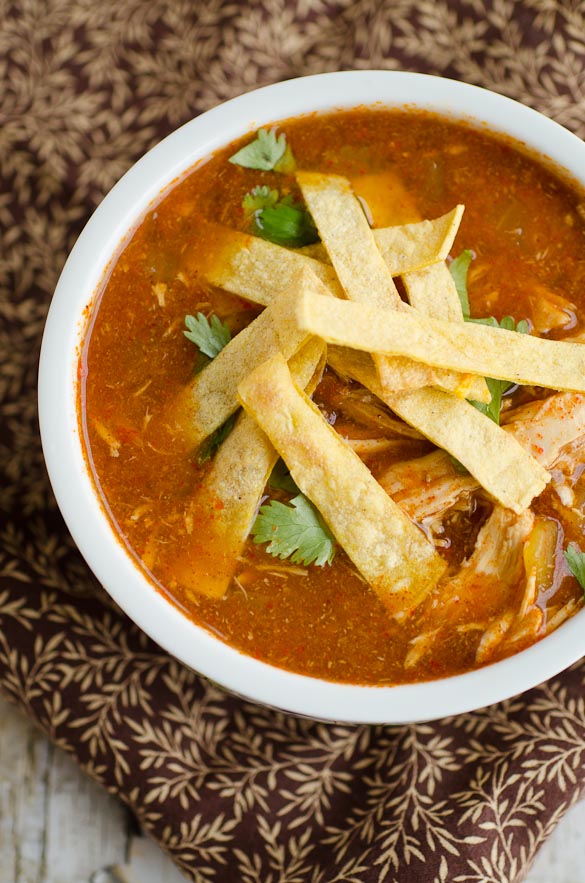 We love topping our tortilla soup with crispy homemade tortilla strips.  It is SUPER simple and quick!  Use store-bought corn tortillas, sliced them with a pizza cutter then bake on a baking sheet for a few minutes.  It is THAT easy!  You can do this during the last 20 minutes of the soup cooking, or just keep the slow cooker setting on warm.

I love making soup recipes that yield a bunch.  You might consider doubling this slow cooker chicken tortilla soup recipe to freeze leftovers.  This tortilla soup stores well in the fridge for 3 to 5 days, but you can freeze it for much longer!  Thaw in the fridge overnight and then reheat in the microwave or on the stove.  It’s so great when you can make two meals in one setting! 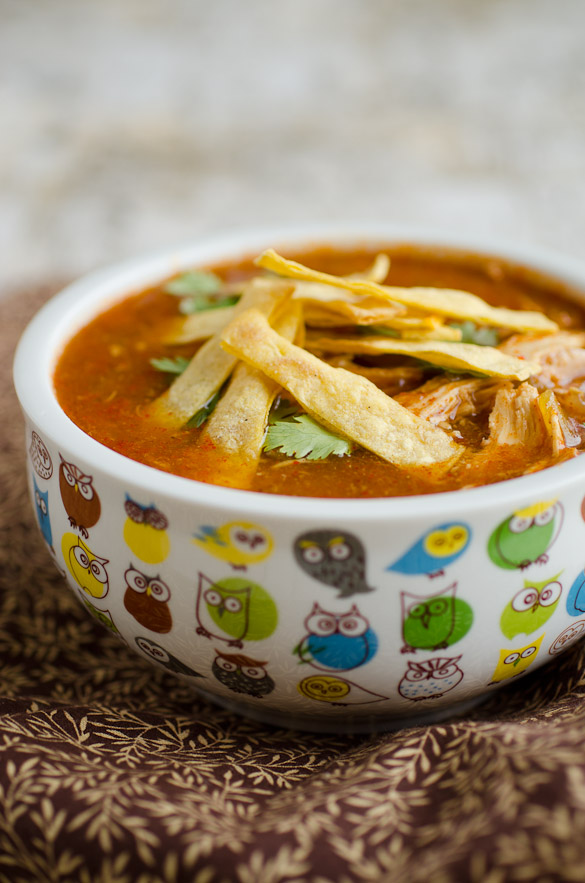 I hope you love this tortilla soup as much as we do!  What is your favorite soup recipe? 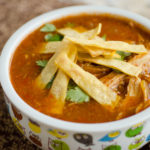 For the crispy tortilla strips:

Pin this image to save for later.

This recipe for Slow Cooker Chicken Tortilla Soup was originally published on January 7, 2014 and updated with new tips on October 23, 2019.

We’re the Gladd family!
Gather around as we experience joy and community at the table! END_OF_DOCUMENT_TOKEN_TO_BE_REPLACED