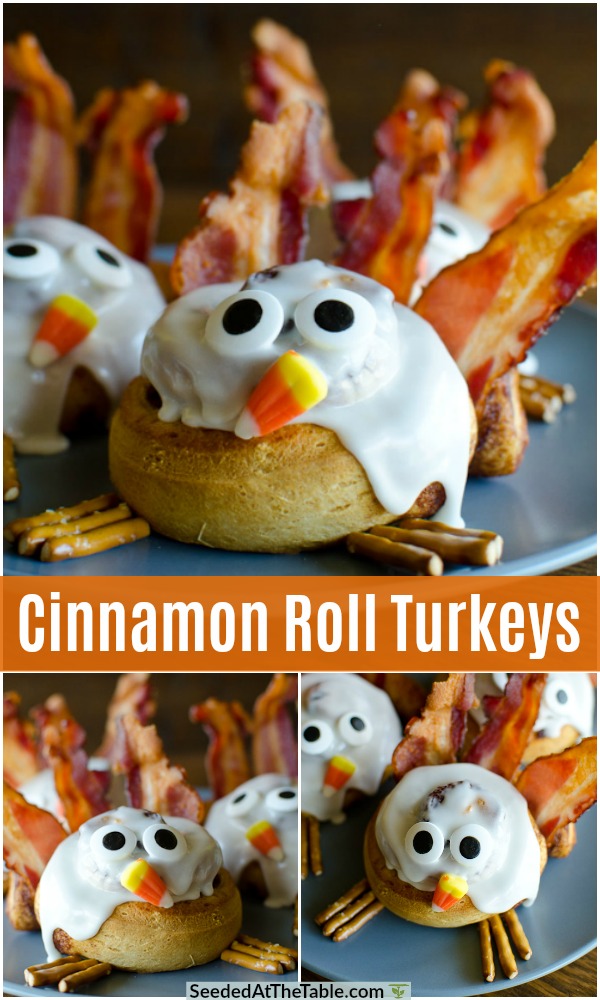 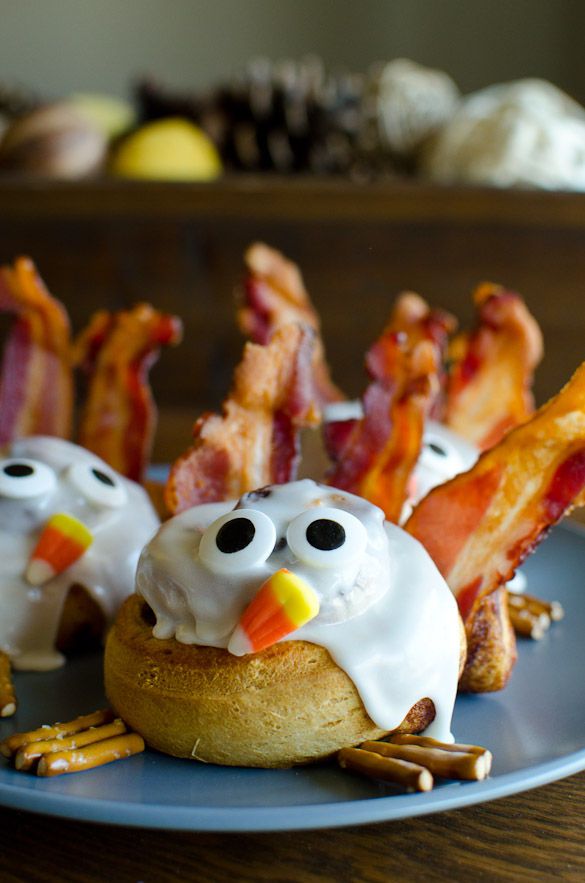 My family's been making these Cinnamon Roll Turkeys for four straight years.  They were originally published on Pillsbury's website with the brilliant idea from Shawn at I Wash, You Dry.  Every year my kids look forward to making these little turkey cinnamon rolls and I can't blame them for wanting such a fun and tasty Thanksgiving breakfast!

With all of the other cooking and baking taking place on Thanksgiving day, you might not think much about Thanksgiving breakfast.  But, because we use refrigerated cinnamon rolls, these whip up quickly!  Plus, what better idea is there to keep your little kids busy Thanksgiving morning and out of your way while you're hustling to get your cooking done.  🙂 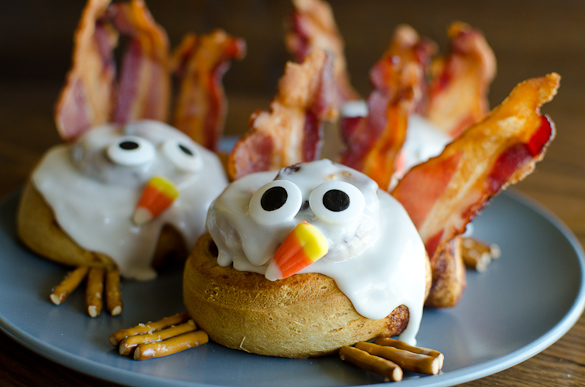 Grab candy corn from your local grocery store BEFORE Halloween.  The candy corn tends to disappear after then, so you might have a hard time locating any for these cinnamon roll turkeys. Kroger, Walgreens, AND Walmart were out of them today, but I luckily found them at The Fresh Market.  Another idea is to shop at a convenience store (gas station) who I've been told carries them year round.  (Can anyone confirm that for me?) 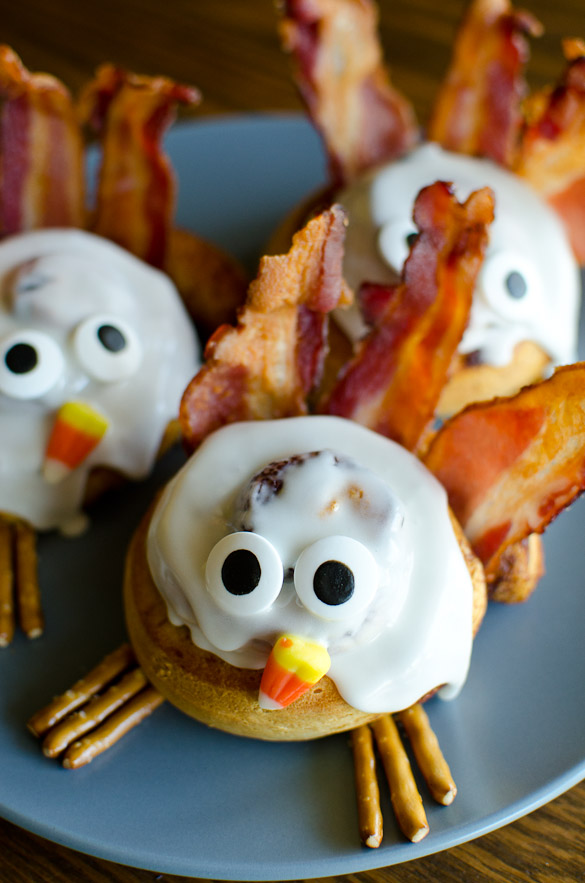 PRINT this recipe or PIN it to save for later. Made this recipe? Leave a star rating and tag me on social media @seededtable so I can see.  I love hearing from you! 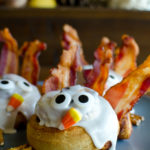